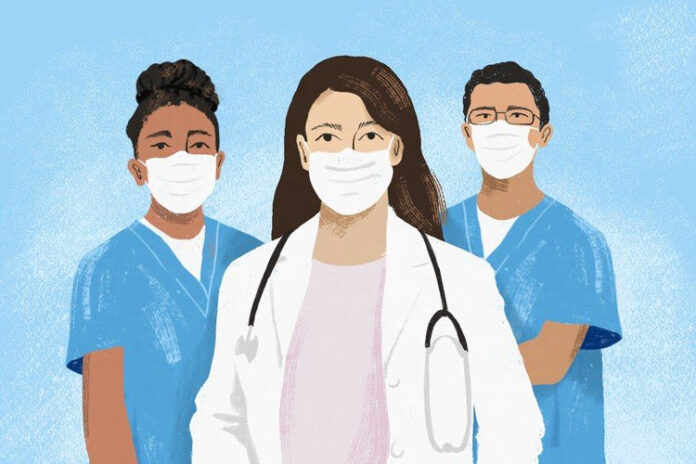 Healthcare spending in the Eastern Cape was higher than that in the Western Cape and Gauteng, but it has not been able to provide a better system than in either of the two provinces, statistics show. (Illustration: Lisa Nelson)

This is the third in a series of four short series on health expenditure in the public and private sectors. This article describes healthcare spending from April 1, 2019 to March 31, 2020. This is a simplified and edited version of this article posted on the GroundUp and Helen Suzman Foundation sites.

See the first part – Accidents at work and the Road Accident Fund here:

It is possible to reconstitute most health expenditure between April 1, 2019 and March 31, 2020. But no information is available on the following:

Every effort has been made to avoid double counting.

Provincial government spending represented 90.3% of all government spending on health. 77.2% of health expenditure was financed by equitable provincial shares, 21.5% by conditional grants from the national government and 1.3% by provincial departmental revenues. This funding model means that provincial spending per capita does not depend on provincial GDP. Indeed, per capita, the Eastern Cape health expenditure was higher than that of the Western Cape and Gauteng and it should have financed a better system than in either of the two provinces. This is not the case.

most technical version of this article includes much more detailed information.

Two questions arise: given the large sums spent on health care in South Africa, should the system be better? And can more be done to make health spending more equitable? DM