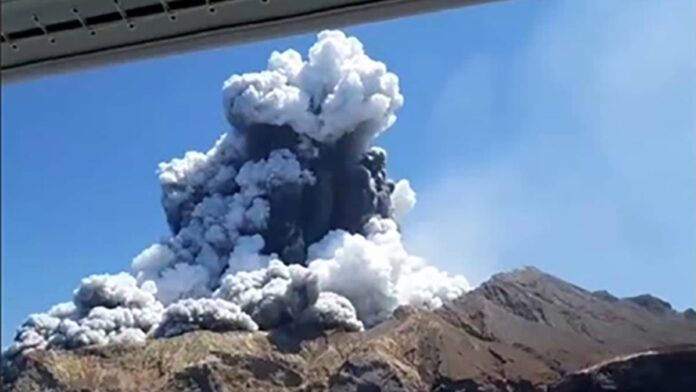 A lengthy review is underway to clarify who does what when Whakaari / White Island erupts, just four years after a memorandum was signed confirming responsibilities.

Twenty-two people died after the crater exploded in December 2019, as groups of tourists were visiting.

The island’s owners, the Buttle family, hold the right to restrict or prevent access to the volcanic cone, but Whakaari’s distance offshore means it is not under any city or district council.

Instead, Local Government Minister Nanaia Mahuta is automatically the territorial authority for Whakaari and 10 other offshore islands.

Only to say to him: “It is not clear in the legislation how your role as Territorial Authority is supposed to work in practice.

The department is also reviewing a Whakaari memorandum of understanding signed with the Bay of Plenty Civil Defense Emergency Management Group in 2017, and expects this to take a year.

In a statement, the ministry’s director general for policy and operations, Martyn Pinckard, said the memorandum had worked well for the minister after the 2019 eruption, but would now be refined.

“In particular, a review could better define the high-level expectations that the Civil Defense Emergency Management Group and the Minister can reasonably expect from each other; definitions of response and preparedness activities and what each party is responsible for. “

Professor Tom Wilson on Disaster Risk at the University of Canterbury said clarity is vital in managing natural disaster risk.

“It is really important that everyone knows what their roles and responsibilities are in managing this risk. So it is essential to make sure that is very clear and that we know who is supposed to do what.”

“There seems to be little understanding as to who is really responsible.”

But Mahuta disputes it.

“I have territorial responsibility for Whakaari, but in terms of activities and what happened there, the health and safety elements are handled by other agencies.”

WorkSafe has accused 13 parties of breaking the health and safety rules that led to the tragedy, including tour operators, island owners and two government organizations – GNS Science and the National Emergency Management Agency (NEMA).

NEMA pleaded not guilty in Whakatāne District Court last week, but the other defendants have yet to plead.

The WorkSafe and Coronal inquiries are not enough for Judith Collins who still wants a royal commission of inquiry.

“It strikes me as remarkable that the government has so far refused the creation of a royal commission. We’ve certainly had some with Pike River before, [and] with the March 15 killings in Christchurch. “

The government has said that a public inquiry could risk overlapping, duplicating and damaging ongoing investigations and reviews.