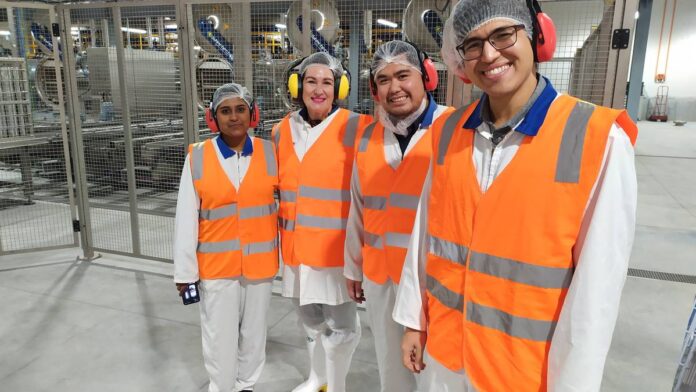 Wattie’s is investing $ 20 million in its pet food business in Hawke’s Bay. Made with funding from NZ On Air.

At over $ 20 million, it’s no small investment and Wattie’s is now running out of space at its Tomoana site in Hastings.

On Tuesday, the company officially opened its latest development, a sterilization plant for its pet food business.

Malcolm Reid, director of Wattie’s Tomoana site, said it was a game-changer for the company’s pet food division.

“This guarantees us the future of the industry and also allows us to produce locally, which is huge for us,” he said.

“We replaced our old hydrostatic tower, which was between 40 and 50 years old, with new retorts.

“This ensures that the manufacture of the canned product stays with Hastings.”

A retort is a giant steam pressure cooker. Steaming allows for temperatures far above boiling while the pressure conveniently prevents cans and pouches from swelling.

“We source a lot of our supplies locally in this area of ​​Hawke’s Bay, but they come from New Zealand: we get lamb, beef, salmon, rabbit and deer.”

Wattie’s pet food is sold in New Zealand and overseas, where the 30% growth capacity for the new plant is expected to come from, in established and expanding markets.

“We export canned products to many countries around the world, particularly in Asia,” Reid said.

“There is a great demand for New Zealand made pet food in Asian countries and we are starting to see this market emerging as a great opportunity.”

At the dedication ceremony, with Mayor Sandra Hazlehurst making the cut, he said there was good reason to be “extremely optimistic” for Wattie’s pet food division.

More and more people were keeping pets in emerging markets, and in developed markets, pets were receiving increased attention.

“The key is to make sure that NZ Inc is in the right place to be able to capitalize on this growth.”

Hazlehurst commended Wattie’s for its commitment to Hawke’s Bay and its graduate program.

Wattie’s employs over 900 people in Hawke’s Bay, growing to 1,500 with a seasonal workforce. At Hawke’s Bay, Wattie’s processes fruits and vegetables, food ingredients, sauces and soups, and is part of Kraft Heinz, one of the world’s largest food companies.

Kraft Heinz Australian and New Zealand chairman Mike Pretty said Hawke’s Bay regularly took over business from overseas factories and its King St site had become one of the largest canneries in the southern hemisphere.

Made with funding from