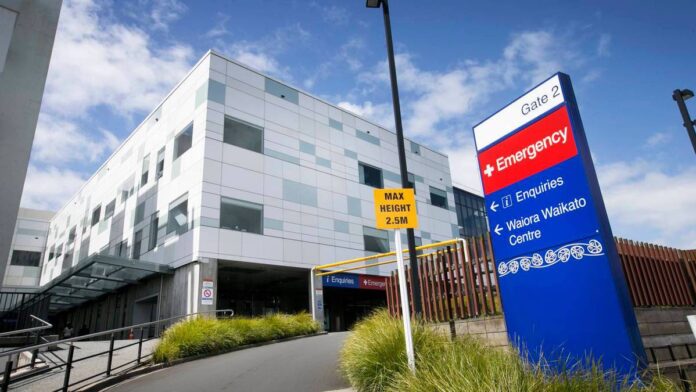 Waikato DHB is still suffering from the effects of a sophisticated cyber attack on its computer systems a month later. Photo / Alan Gibson

Waikato DHB is still slowly restoring IT services a month after a sophisticated cyber attack brought its systems to their knees.

The attack forced the DHB to employ hundreds of additional IT experts as it attempted to rebuild all of its systems.

The blackout affected the Waikato hospital and the outlying hospitals of Thames, Taumarunui, Tokoroa and Te Kuiti.

The hackers sent threats to the DHB demanding money – but the DHB refused.

Instead, staff relied on manual systems, including handwriting patient notes, as they continue to treat as many patients as possible.

Radiation therapy resumed last week in what Waikato DHB chief executive Kevin Snee described as a “milestone” after two of the four machines were brought back into service.

An emergency nurse told the Herald that several systems had been restored and they eventually had access to the Vocera communications system and some computer applications. Staff were also able to access their emails again.

She said not everything was back online, but it was a big improvement over previous weeks.

While it was great for the systems to come back online, she was always aware of the other pressures the department faced, such as staff shortages and overcrowding, that went unaddressed.

Radiotherapy, laboratory systems, radiology for imaging, the results viewer and its patient management system were among the priority services to be restored first.

DHB worked closely with specialist international services to systematically test and secure all devices and systems before each was restored.

The inpatient management system and diagnostic services of the radiology and laboratory departments were also due to be online by the end of last week.

More than half of its servers have been restored and compromised and have integrity to be put back into service and about 20 percent of its workstation network was also back up and running.

Waikato Patient Advocacy spokesperson Carolyn Mckenzie said members had been extremely understanding of the crisis DHB was facing and that the organization had received no more complaints than usually.

“I can say that they have shown a fair amount of resilience throughout this horrific affair.”

The Herald contacted the Waikato DHB for comment yesterday and is still awaiting a response.