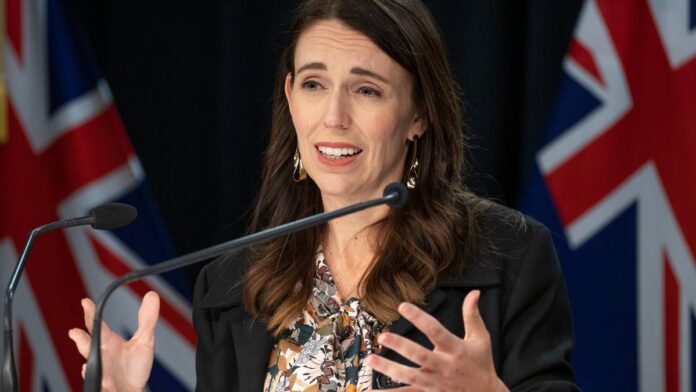 Prime Minister Jacinda Ardern says having a woman prime minister in Samoa for the first time is a “historic decision”.

It follows on from today’s Supreme Court of Samoa rulings that paved the way for the Fa’atuatua i le Atua Samoa ua Tasi Party, better known as Fast, to secure an electoral majority.

Fast leader Fiame Naomi Mata’afa is expected to call for the recall of parliament so she can declare a government – and become Samoa’s first female prime minister.

It was a “significant” moment in history, Ardern said at his post-Cabinet press conference today.

“We have seen decisions made today where that could ultimately be the end result. Having been a member of the Pacific Islands Forum and the dialogue of those leaders, it seems very important,” she said.

“We of course respect the results of any democratically run election. But it’s certainly a significant thing when you see a historic decision made when a position is held by a woman.”

Asked about what is seen as interim Prime Minister Tuila’epa Sa’ilele Malielegaoi’s attempt to maintain power, Ardern said she must respect each country’s processes that must take their course.

Earlier today, Samoa’s Supreme Court rejected the head of state’s decision to call a second election, paving the way for the new Fast party to form a government.

The court said outgoing head of state Tuimaleali’ifano Va’aletoa Sualauvi II lacked the constitutional power to call a second election, which he announced earlier this month as a way out of the stalemate in last month’s elections.

This follows the court ruling, also earlier today, to reverse the addition of an additional unelected female seat.

The electoral office last month added the additional seat that was supposed to meet a provision in the constitution that 10% of parliamentary seats would be reserved for women.

The additional seat had created a deadlock of 26 seats each between Fast and the HRPP interim government party.

Chief Justice Satiu Simativa Perese said in his judgment that “the head of state does not have the power to call for a new election” as he did on May 4, RNZ reported.

He added that last month’s election results “continue to be valid and lawful”.

Satiu stressed that he is not criticizing Tuimaleali’ifano’s actions because he is acting in what he believes is in the best interest of the country.

“This judgment relates rather to the accuracy of the opinion on which the Head of State relied, which opinion, we say from the outset, was inaccurate.”