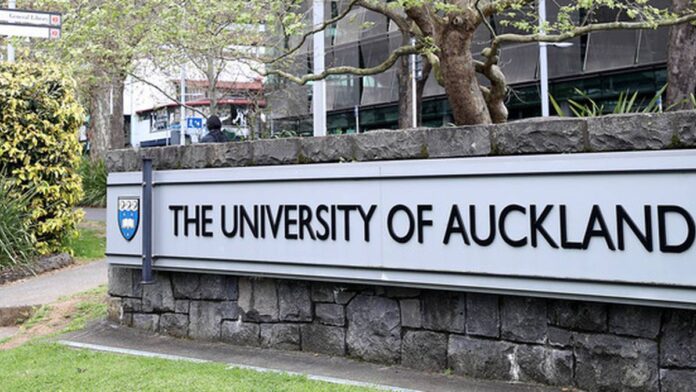 A public letter from a group of prominent academics at the University of Auckland claimed that Maori knowledge “is not a science”. New Zealand herald photo

A professor at the University of Auckland has resigned his post as acting dean of science after a backlash against a letter he co-wrote claiming that Maori knowledge “is not a science”.

Psychology professor Douglas Elliffe emailed the Faculty of Science to tell them that his role in drafting the letter meant that his leadership had the potential to “increase division” within the scientific community of the ‘university.

Elliffe was one of seven teachers to sign the letter published in Listener magazine last week in response to proposed changes to the Maori curriculum.

These changes aim to put mātauranga Māori (Maori knowledge) on an equal footing with other types of knowledge, especially Western knowledge.

However, academics – from the biological sciences, psychology, philosophy and education – have asserted that while indigenous knowledge contributes to our understanding of the world, “it is far below what we can define. as science ”.

The letter met with widespread backlash, with the New Zealand Association of Scientists saying “appalled”.

Elliffe then emailed the Faculty of Science to tell them he had decided to step down.

“I now think my faculty leadership has the potential to increase the division and distract from the real issues we are facing,” he said.

“The future of the faculty is more important to me than my own ambitions, although I will greatly miss the opportunity to make more contributions at the faculty level.”

He said the decision to quit was his and that he had not been pressured by university management.

“I also want to express my deep gratitude for the messages of support I have received, including the calls that I do not resign, from so many of you.”

He said the company needs to make sure it fosters a solid debate.

“I think there is a path that society, and the university as a critic and conscience, must take towards a solid discussion and debate within a culture that does not assume that disagreement has to involve. a lack of respect, “he said.

“I don’t think we’re there yet, but I deeply hope that we are on the right track and that our university will help light the way.”

Previously, the New Zealand Association of Scientists was “appalled” to see the value of mātauranga for science so publicly questioned by prominent academics, and the letter was “totally rejected” by the Royal Society Te Apārangi.

And University of Auckland Vice-Chancellor Dawn Freshwater told staff the letter did not represent the university’s point of view.

It had caused “considerable suffering and consternation” among staff and students, she wrote in an email Monday.

“While academics are free to express their views, I want to make it clear that they do not represent the views of the University of Auckland,” Freshwater said.

Dr Daniel Hikuroa (Ngāti Maniapoto, Waikato-Tainui), geologist and lecturer in Maori studies at the University of Auckland, said that science is “a method of knowledge generation, and all knowledge generated in it ‘using this method “.

Some indigenous knowledge – but not all – had been generated using the scientific method, so it was clearly science, Hikuroa said.

He highlighted the Maramataka – the Maori lunar calendar – and how it is applied as a science.

“It predicts that things are going to happen and they keep happening. This knowledge is exact and precise. It was obtained through the empirical approach. Make an observation, then you make a prediction, and that prediction comes true – so much. cool, then you incorporate that knowledge.

“As Rangi Mātāmua says, we did not sail to Aotearoa on the basis of myths and legends. We failed to live in balance with the environment without science. The Maori were the first scientists from Aotearoa. “

Mātāmua is a prominent astronomer and expert in maramataka.

The auditor’s letter challenged proposals that would show students “the ways in which science has been used to support the dominance of Eurocentric views,” including how it was used to colonize the Maori and suppress the mātauranga Māori.

The course would also address “the notion that science is an invention of Western Europe and itself evidence of European domination over Maori and other indigenous peoples”.

The authors claimed that this would spread “disturbing understandings of science” and lead to mistrust of science.