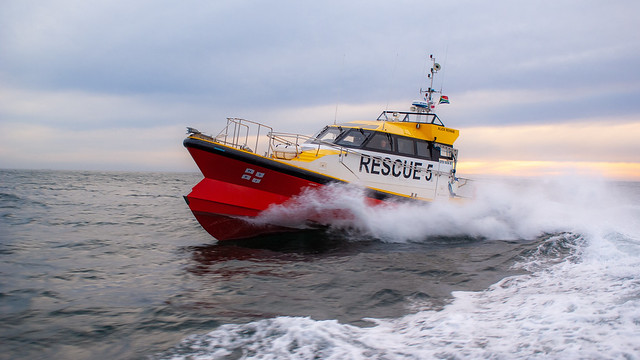 Three Filipino crew members were evacuated after being injured aboard along the Durban coast on Wednesday, June 9.

The crew were injured on board during normal ship operations as they passed on the high seas around the South African coast. One of the crew had to be airlifted to hospital.

NSRI Durban duty coxswain Paul Bevis said that at 9:31 p.m. on Tuesday June 8, NSRI Durban duty crew and ambulance services were dispatched for the arrival of a carrier vessel. containers with crew members.

“It was initially planned to leave the rescuers on the ship to treat the patients on board, then to evacuate the wounded from the ship at the first light of day.

On Wednesday June 9, NSRI confirmed the rescue of three men on Tuesday June 8, after their luxury yacht ran aground on Robben Island, Cape Town.

The Princess motor yacht was sold by Boating World SA. It was a used Princess 45, one of the best models of motor yachts in the world.

“On arrival at the scene, in calm seas and dense fog, the ship was found to be hard stranded and heeling. A lifeguard swimmer was deployed to swim and wade to the ship. Relaying one by one, the three crew members were helped to shore by the NSRI lifeguard and were assisted by DEFF officers on the land side.

“Efforts to pull the yacht out of the rocks were investigated, but at low tide the effort was abandoned and an anchor was deployed in an attempt to keep the yacht away from shore at high tide which was to occur in the early morning hours. The control of disaster risk management has been alerted.