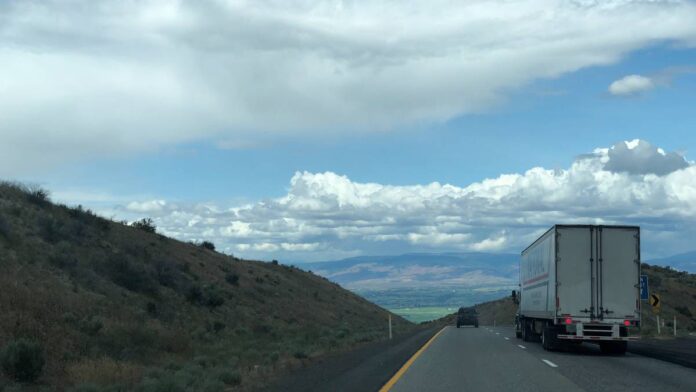 The manager of the transport company Summerland claims he took a bullet for the former employee who betrayed his trust and robbed the company. Photo / Scott Horn, Unsplash

The manager of the transport company Summerland claims he took a bullet for the former employee who betrayed his trust and robbed the company.

Summerland Express Freight general manager Grant Lowe told the Alexandra District Court yesterday that “sometimes the person you would take a bullet for is the person behind the trigger.”

He shot those words directly at his former employee Ross John Murdoch when delivering his victim impact statement.

The man from Moa Creek, 31, appeared before Judge Michael Turner for accessing a computer system without authorization and for burglary.

The breach occurred around 10:15 p.m. on October 29, 2019 at the Summerland Express freight yard in Cromwell after Murdoch hacked into the company’s vehicle tracking system to locate a truck called the Green Goddess and steal 10 $ 000 worth of cigarettes.

Murdoch, who was a former Summerland employee, used another worker’s login details to access the company’s computer system and locate the truck.

Murdoch went to his trailer and removed three boxes of cigarettes.

He first told police he had not been to Cromwell, and his phone accidentally went to the Summerland system, but phone records showed Murdoch had traveled from Moa Creek to Cromwell on October 29. , returning home at 10:51 p.m.

In his victim impact statement, Lowe told Murdoch that the family business reached out to help the father of three because they could “see he was struggling” and now doing part of the fabric of his family.

This included attending a family wedding and the family offered their support after the robbery.

When it was revealed that Murdoch was responsible for the heist, it “broke our hearts,” Lowe said.

The pain of knowing that “the theft was committed by someone we care about” was compounded by the ripple effects.

Murdoch’s later explanations quickly spread throughout the tight-knit community of Cromwell and made matters worse, Lowe said, addressing him personally.

Judge Turner called the statement “very sincere” and asked Murdoch if he would like to respond.

Murdoch declined to say anything other than “sorry”.

Judge Turner said he accepted Judge Jim Large’s sentencing indication in Murdoch’s last court appearance in October, but there was also a drunk driving problem of 1,135 mcg per liter of breath after appearing in court.

He would deal with him through a concurrent sentence, Judge Turner told Murdoch.