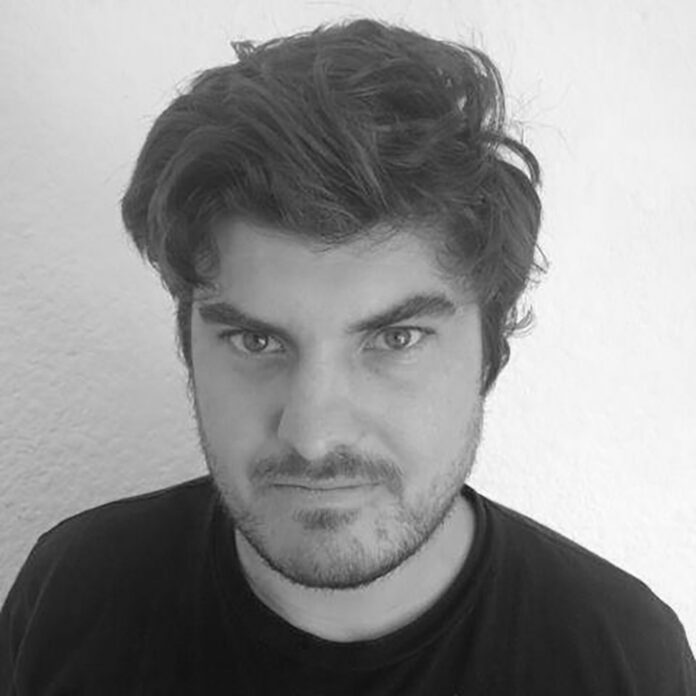 What has South Africa done to deserve Brazil to send a racist personality like Marcelo Crivella, accused of running a criminal organization at Rio’s city hall, to serve as an ambassador to a partner? supposedly key diplomatic?

Benjamin Fogel is a historian and editor-in-chief at Africa is a country and Jacobin.

South Africa and Brazil were expected to have many common agendas against a backdrop of worsening North-South inequalities. These so-called allies of the BRICS could have worked on a new global immunization program that included the removal of industrial patents and an international stimulus package for the poorest countries.

Both countries share a history of racial oppression and authoritarian governments and there is much to learn and share to overcome the lingering challenges of inequality, environmental destruction and poverty that plague our nations. However, none of this seems to matter to the increasingly authoritarian Bolsonaro government, which just appointed Marcelo Crivella, an evangelical bishop and the worst mayor in the history of Rio de Janeiro, as Brazil’s new ambassador to South Africa.

Crivella is not only wholly unfit for such an important diplomatic post, but he also faces ongoing criminal charges for allegedly leading a criminal organization of the city hall of Rio. And as if that wasn’t enough, he has repeatedly expressed openly racist feelings towards South Africans and Africa. This begs the question: What has South Africa done to deserve Brazil to send such a figure to serve as an ambassador to an allegedly key diplomatic partner?

Who is Marcelo Crivella?

Crivella is an evangelical pastor, former minister of fisheries and senator. He was mayor of Rio from 2017 to 2020. During his tenure as mayor, Brazil’s “Marvelous City” faced a endless series of overlapping economic, social and environmental crises. Crivella is widely regarded as the worst mayor in the city’s history, and Rio has more or less known nothing but terrible mayors. The scale and number of scandals over the decades involving Crivella are enough to fill several books. His tenure was so nightmarish that many Cariocas, as the people of Rio are called, simply called him “the Calamity.”

Rio, a city renowned for its open and cosmopolitan culture, has made a name for itself for religious fundamentalism and the collapse of basic services. Crivella, elected on a promise to more or less reduce skyrocketing debts, slashed all public spending on basic services except contracts for his buddies, leading to the collapse of transport infrastructure, transportation systems. ‘sewers and serious environmental disasters. Then there is criminal charges; prosecutors allege that Crivella was the chief of “A well-structured and complex criminal organization … which acted as town hall since 2017” and received millions of dollars in bribes. In fact, there was even an office set up at the town hall known as the “The headquarters of corruption”.

If that wasn’t enough, he ceded key public positions to churches, pastors became powerful public officials, members of his church were allowed to cut the queues on the waiting list for surgeries, and the public space was used for religious events. He slashed funds for all utilities and basically refused to rule the city. And of course, lucrative contracts were awarded to his religious allies.

Crivella’s project was a form of “state capture” for evangelical churches. Crivella has declared war on the famous Rio Carnival, cutting funding to the city’s most expensive institution and leading a Puritan crusade against the festivities. He even went so far as to attempt to ban a comic featuring a gay kiss because of the alleged threat it posed to public morals.

Crivella narrowly escaped impeachment a year after starting his tenure as mayor by buying out center-right politicians who hold office in his administration and on the left with almost universally negative approval ratings. Of course, he also did an excruciating job of dealing with the pandemic; his cuts in healthcare spending have left hospitals in a deplorable state and he has followed Bolsonaro’s lead in prematurely ending all social isolation measures that can lead to thousands of deaths. At the height of Brazil’s first wave, goons dubbed “Guardians of Crivella” were reportedly paid with public money to prevent journalists from covering the collapse of the city’s health care system.

Eduardo Paes, a scandal-plagued former two-term mayor, was re-elected in 2020, almost solely on the basis that anyone was better than Crivella. During his victory speech, Paes said that “Rio is free from the worst government in its history – its most negligent, least prepared, and most prejudiced government. i want to say it all Cariocas that today, whatever your faith, your orientation or your skin color, you are free. Now this scourge has been exported to South Africa by the Bolsonaro government.

Crivella’s only qualification for a diplomatic post is that he spent time in South Africa in the 1990s trying to evangelize the people. He wrote a book about his experiences in our country titled Mutis, Sangomas and Nyangas: Tradition or witchcraft?. In the book he expresses many racist views including that African “misery and poverty” are the product of their “satanic” religious practices; Hindus practice “child sacrifice”; animal sacrifice is “demonic”; homosexuality is produced by demons and that “eastern” religions are also “demonic”.

In the book, he advocates cutting health care spending and says governments should instead focus their public health efforts on expelling demons from the bodies of citizens. These are openly racist and sectarian views, which directly oppose South Africa’s democratic values. Otherwise, the ambassador will grant him diplomatic immunity.

Capture of the Evangelical State

The reasons for this appointment are as obvious as they are detrimental to relations between Brazil and South Africa. Brazil has one of the largest evangelical populations in the world which is one of the main supporters of the Bolsonaro government.

The Igreja Universal do Reino de Deus (IURD), or the Universal Church of the Kingdom of God, led by a billionaire pastor Edir Macedo, who also happens to be Crivella’s uncle, is Brazil’s most powerful evangelical church. While he voted unanimously for Bolsonaro in 2018, he threatens to support the former president Luiz Inácio Lula da SilvaAngola’s bid for next year’s election as government approval ratings slide to record highs – and Angola is the reason for this potential political turnaround.

Bolsonaro finally faces the political consequences of leadership the world’s worst response to Covid-19. Nearly 500,000 Brazilians have died, millions more are impoverished, hunger is again a serious problem and the government is facing a congressional investigation which exposes its mismanagement of the pandemic. The continued support of the IURD, as well as of Record, the second Brazilian television station he controls, will be crucial to his re-election hopes in 2022.

The Angolan government of the MPLA is for change on the right side of history and is leading a political war against IURD, accusing the church of numerous abuses, including open corruption and authoritarianism. The church cannot afford to lose Angola in the context of a changing and increasingly competitive religious environment in Brazil, where churches are engaged in a ruthless battle for profit and power.

Bolsonaro has already tried to react by putting pressure on the Angolan state, so far to no avail. Under his government, the Brazilian state practically ended its African policy: closing public lines of credit, discouraging private investment and interrupting diplomatic cooperation. Isolated and unprotected, the IURD has lost much of its bargaining power in Angola and Mozambique. The church has already been kicked out of Zambia and faces new accusations of abuse in South Africa, including forced sterilization.

For the Bolsonaro government, the goal is to use the prestigious diplomatic position in South Africa to solve a domestic problem. Crivella would work as a special envoy for evangelical matters, who would pay little or no attention to bilateral relations.

A quick glance at his curriculum vitae confirms this. Although he has traveled to Africa as a missionary in the past, his experience in foreign policy is non-existent. The message that the Bolsonaro government sends to South Africa is unequivocal: African policy has been negotiated with the IURD in exchange for domestic support. This represents a form of state capture in which a church can use important diplomatic posts to pursue its own private interests across the Brazilian state.

South Africa deserves better than this. The South African ambassador spent two hours with Lula in Brasilia in early June. He is well aware that Brazil has a vision for Africa and there are still good memories of solidarity and cooperation between our two nations in better times.

The South African government should refuse to accept Crivella as Brazil’s main diplomatic representative. Given that South Africa’s constitution is based on the founding principles of opposing racism and protecting religious diversity, it is an insult to our nation to send an ambassador who not only did many statements contrary to the core values ​​of South African democracy, but is also accused of many serious criminal charges.

The IURD faces serious accusations of abuse in South Africa, and the church is expected to respond to these accusations. Instead of sending a professional diplomat to foster relations and solidarity between our countries, Bolsonaro sent us a Brazilian TB Joshua merged with Zandile Gumede.

The South African government should not only act against this appointment, but launch a serious investigation into the activities of the Universal Church in the country. DM

Benjamin Fogel is a historian and editor-in-chief of Africa is a Country and Jacobin.