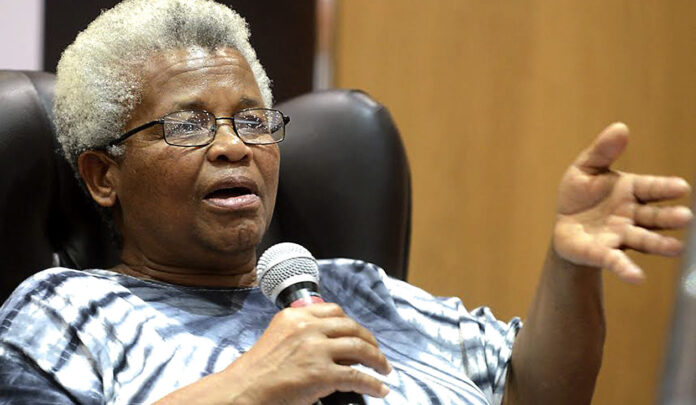 The fact that the Ingonyama Trust has been deemed exploitative and that the minister is failing in her duty is symptomatic of a greater malaise at play here.

Last year, I had the absolute privilege of interviewing mam’Sizani Ngubane, a rural women’s rights giant, after receiving the prestigious Martin Ennals award for her humanitarian work. It was a few weeks after the announcement of the national state of disaster and as a result, I was unable to conduct the interview I was so eager to do in person.

Ngubane, who founded the Rural Women’s Movement (RWM), was stricken by Covid-19 days before Christmas last year, a tragedy that sparked shock and sadness in rural and international networks of Civil society.

At the time of her death, she had spearheaded the fight against the unconstitutional tenancy of land by the Ingonyama Trust and the imposition of rents on the rural population of KwaZulu-Natal under the false pretext that the land belonged to the King.

Ngubane and his organization also fought against the fact that rental contracts did not allow women to own land and instead required a male relative to sign for the land on their behalf, a destructive function of the patriarchy.

By definition, patriarchy is a social system in which men hold primary power and predominate in roles of political leadership, moral authority, social privilege, and control of property. This social system has no place in a constitutional democracy like South Africa.

According to South African customary law, the land belongs to the people and traditional rulers hold it in trust as custodians of the land. In addition, the Constitution, as the supreme law of the land, says that all are equal before the law and that the state cannot unfairly discriminate against anyone.

Traditional rulers are not a law in themselves and are subject to customary law as enshrined in the Constitution.

In my interview with Ngubane, she lamented the way rural and traditional leaders viewed her and the women of RWM as a thorn in the side. “As one of the leaders of RWM, I got a name from some traditional leaders – who call me ‘a woman who hates traditional leaders’ – which is not true – I don’t hate them. traditional leaders, I hate the way most of them discriminate against women and girls… Some men see us as a group of unruly women who don’t know or respect their culture.

Everyone celebrated the judgment declaring that the Ingonyama Trust was illegally leasing land from the rural population of KZN, but it is also important to note that whoever has ultimate control over land affairs and – by extension – how whose trust behaved, is the Minister of Rural Development and Agrarian Reform.

The Minister was found to have failed in her duty to ensure that the trust is in conformity with the Constitution, in particular Article 25 (1), which states that no one may be deprived of property except in terms of the law. of general application, and no law can authorize arbitrary deprivation of property; and Article 25 (6), which reads: “A person or community whose occupation of land is legally precarious by reason of past laws or practices of racial discrimination has the right, to the extent provided by an act of Parliament, either to occupation that is legally secure or to a comparable remedy. The judgment also goes on to say that section 25 must be read with section 7 (2) which says that the state must respect, protect, promote and fulfill the rights set out in the Bill of Rights.

So what does it mean when the keepers of tradition and culture obscure these rights for their own benefit, subjecting their constituents to a life of impoverishment and, in Ngubane’s case, intimidation to argue the rights of rural women in particular?

Moreover, what does it mean when the minister opposes a request to fulfill her obligations as set out in the Constitution to which she has pledged allegiance? And to what extent does she owe us an explanation as to why she neglected her supervisory duties and, once that was clarified, why she defended this position by opposing the candidacy?

The victory of Ingonyama Trust set a precedent for other issues of land trusteeship and the extent of traditional rulers’ powers under the law. This should not only be seen as a victory for the rural people, but also as a further claim that when people organize against an injustice it is more successful than complaining about it at dinner parties or braais.

The fact that the Ingonyama Trust has been deemed exploitative and that the minister is failing in her duty is symptomatic of a greater malaise at play here. It was a leadership crisis that turned its people into commodities and failed to protect their constitutional rights.

Ngubane’s death was a lonely and preventable death. She died after waging a courageous 30-year war against destructive patriarchal practices that exploited rural populations and excluded women from property. She was sidelined from the community she loved enough to risk her life. It’s a shame that she died before witnessing the victory of her courageous fight, but she will always be a symbol of the caliber of leadership South Africa deserves. DM168

Zukiswa Pikoli is a journalist at Maverick Citizen.