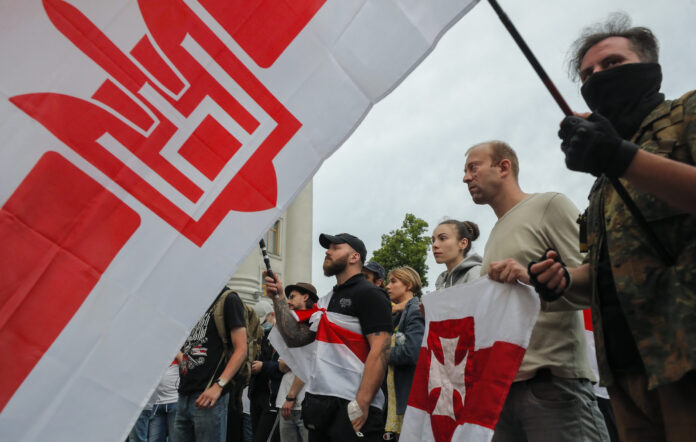 PARIS, May 23 (Reuters) – The United Nations aviation agency said on Sunday it was “deeply concerned” by the apparent forced landing of a Ryanair airliner in Belarus.

The International Civil Aviation Organization said the incident may have violated the Chicago Convention, a 1944 treaty that set rules for the booming industry anticipated after World War II and which under- tends civil aviation today.

Belarusian authorities jammed a fighter jet and reported what turned out to be a false bomb threat to force a Ryanair plane to land, drawing international criticism.

The plane was passing through Belarusian airspace en route from Athens to Lithuania when it was diverted to Minsk, the capital of Belarus, where authorities arrested an opposition journalist who was on board.

“ICAO is deeply concerned about the apparent forced landing of a Ryanair flight and its passengers, which may be in violation of the Chicago Convention,” the agency said in a message on Twitter.

“We look forward to more information being officially confirmed by the countries and operators concerned.”

ICAO has no regulatory power, but is at the center of a system of safety and security standards managed by the Montreal agency by its 193 member states, including Belarus.

Aviation experts said the incident could fuel debate over the resilience of a decades-old cooperative system.

Under the historic Chicago Convention of 1994, each country has complete sovereignty over its own airspace, although the treaty prohibits any use of civil aviation that could endanger safety.

A separate 1971 treaty signed in Montreal, of which Belarus later became a member, prohibits the seizure of aircraft and various offenses, including knowingly communicating false information in a manner that endangers the safety of aircraft. (Reporting by Tim Hepher; Editing by Alexander Smith and Timothy Heritage)