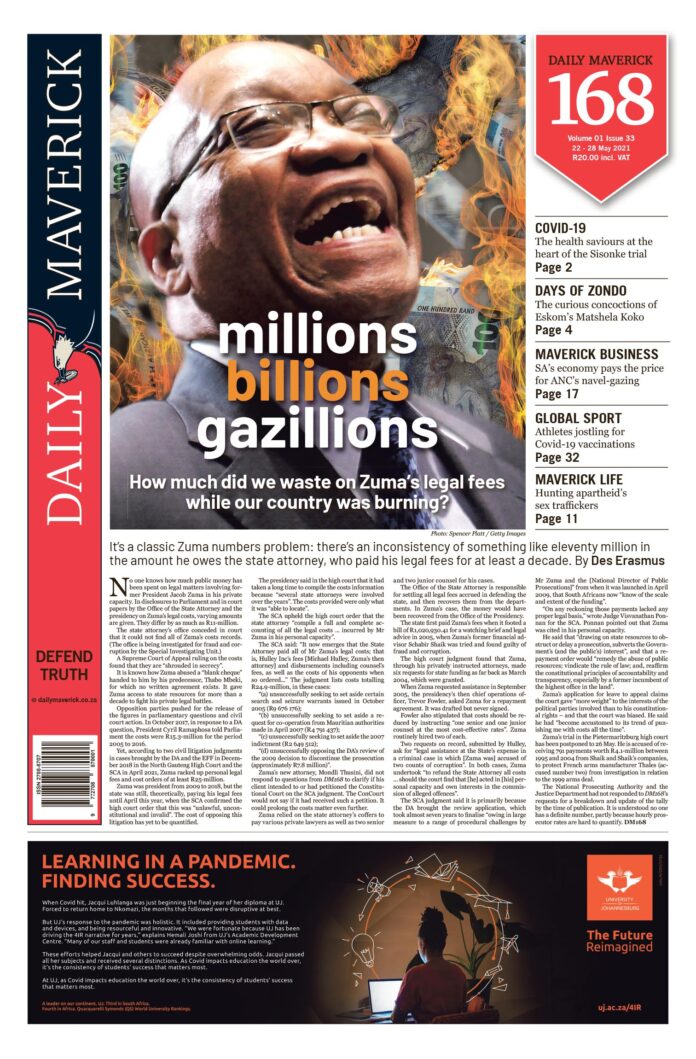 Continuing to analyze a podcast conversation titled Futures of the Constitution, presented by Sizwe Mpofu-Walsh and Tshepo Madlingozi, I wish to focus on their analysis of the next line of the preamble to the South African Constitution, which they oppose. strongly: “We therefore adopt, through our freely elected representatives, this Constitution as the supreme law of the Republic in order to heal the divisions of the past.”

According to speakers, in resolving the injustices of our past, the preamble is wrongly aimed at healing rather than redistributive justice.

I understand our collective fatigue in the face of healing, as we have unfortunately come to associate it with a submissive people and define it as one-sided forgiveness from blacks, without real atonement or reward from whites for their own. crimes. Seen in the shadow of the Truth and Reconciliation Commission (TRC) so yes, healing today must be greeted with suspicion. However, the preamble was drafted and adopted before the conclusion of the TRC, which was to be remedial. If we were to write the preamble today knowing what we know now, I would understand their contempt for the chosen words.

Understood holistically, healing itself is not automatic. This cannot happen without a painful incision, cauterization and suturing of wounds. Healing is passive, but it is not without upheaval and antagonism.

The preamble and the Constitution itself were drafted in the wake of the worst political violence, which claimed and destroyed countless lives, and many people remained displaced and traumatized by the violence of that time. The choice and emphasis on the word “cure” at this point in history does not escape me in light of the immediate angst, both physical and psychic.

As a living freedom fighter recently told me: “Our country had been dismembered by colonial conquest, the Bantustans, [the] Group Areas Act, job reservations, apartheid signs, racial classification laws, promulgation of laws and, worst of all, Indigenous Lands Act. By choosing the wording of the Constitution and the preamble, the drafters of the Constitution wished to emphasize the idea of ​​a Constitution for a nation. And it is deeply insensitive to poke fun at the need for healing itself, as if the damage done by centuries of oppression, by the inferiority and superiority complexes that were, and continue to be so damaging, were and are not relevant.

There can be no healing without redistributive justice and accountability, which to me is evidenced by the mandate of the TRC. Logic dictates that no division (whether economic, social or political) between a people can be healed without remedial measures to close the gap and repair what has been destroyed.

But the tragedy here is that in practice this is what happened – healing is expected without justice. The disappointment of the preamble speakers is driven by our inability to radically animate the words of the preamble, the Constitution itself and all the laws and policies that support it.

I have spent the past three years on the curatorial team for the virtual exhibit www.ourconstitution.constitutionhill.org.za. I had the chance to read the briefs from each political party on the wording of the preamble.

I found the wording proposed by the PAC convincing and I am sure that Mpofu-Walsh and Madlingozi would too, especially this part: “We are absolutely convinced that all the contradictions of history, politics and nation in our country can only be reconciled by the complete end of the conflict. Colonial dispossession and rigorous economic restructuring through economic distribution that results in economic equity for all, the only real basis on which political equality and the enjoyment of human rights in a non-racial society can be firmly grounded.

But several things can be true simultaneously. I can take the criticisms of Mpofu-Walsh and Madlingozi as justified while resisting the denigration of our preamble as rotten and maintaining my belief that our preamble, as it is, is transformative. DM168

This story was first published in our weekly newspaper Daily Maverick 168 which is available for free to Pick n Pay Smart Shoppers at these Pick n Pay stores.

Lwando Xaso is a lawyer and writer who explores the interplay between race, gender, history and popular culture. She is the author of the book “Made in South Africa, A Black Woman’s Stories of Rage, Resistance and Progress”.