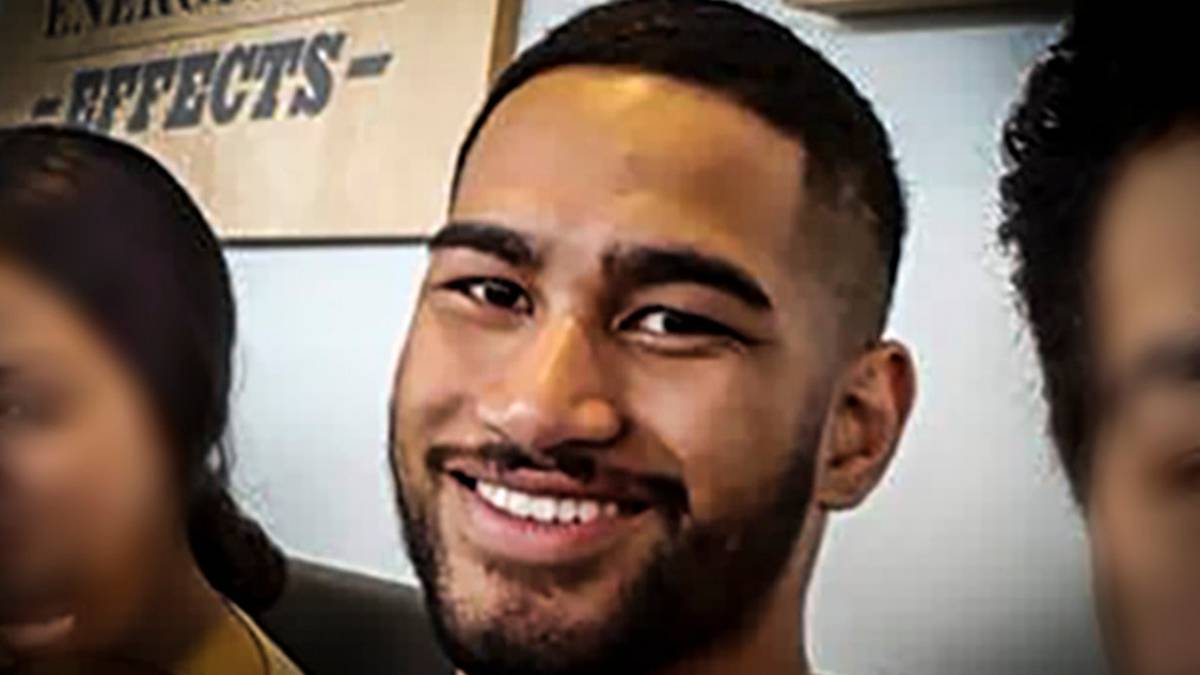 Fau Vake shares a video of himself on social media after a fight at 19. Video / @fauvake

The partner of promising MMA fighter Fau Vake, who died a week after being seriously injured in an alleged assault in Auckland, paid tribute to her ‘high school sweetheart’.

In an Instagram post, Fau Vake’s partner Christina Williams described him as an extremely loving, caring and generous person.

“Ten years of memories with you and it has been and will ever be the best time of my life,” her post said.

“You taught me what unconditional love, forgiveness, strength and most of all, showed me the power of our Lord, Jesus Christ.

“You are the heart of your family and you are so loved.

“You … touched a lot of hearts. That’s the kind of person you were.”

She thanked Vake for their daughter, pledging to give him the best life and make him proud.

“My sweet love. ‘Until we meet again.”

The 25-year-old was seriously injured in an altercation on Symonds Street around 3 a.m. last Sunday.

Four men were arrested and charged in connection with the incident and appeared in Auckland District Court on Monday.

Police said new charges would be laid in the case after Vake’s death.

Representatives from his gymnasium, Auckland City Kickboxing, confirmed his death in a statement this morning.

“It is with inexplicable sadness nearly seven days an hour since his admission to hospital, Fau’s struggle to find his way back to us has come to an end,” said a statement.

City Kickboxing coach Mike Angove said earlier it has been a tough and long week for Vake’s family and friends.

“He fought. He fought every step of the way against catastrophic injuries and it was only his heart that held him back for so long.

“Right now we are really, very sad and we have to take our time to remember him. We will be with him and his family in the hospital for the next few days.”

Angove said they will also continue their work at the gym.

“It’s the best way to honor him, but the rest of our time is to devote ourselves to the family and honor what Fau has brought into our lives.”

UFC middleweight champion Israel Adesanya paid tribute to his City Kickboxing teammate by sharing an exchange between the two starting in January this year with a teary-eyed emoji.

Vake last fought in late April in the Undisputed Fight Series event in Wairarapa, where he won by TKO in the first round of the main map event.

Adesanya: “I don’t know what you were talking about but you left a rough impression.”
Vake: “Just a few good sons on Toko life.”

Adesanya: “Good boy. Even Matt sings your praises too. Much tokoua love.”

Vake: “Fuck man … they know how to make a man blush hahaha, a lot of toko love.”

Since the incident, Adesanya had called for the introduction of “loose punching laws” – when someone is attacked from behind – while City Kickboxing head coach Eugene Bareman said he could not understand why such a law had not been discussed sooner.

In 2014, New South Wales, Queensland and Victoria all passed such laws.

A 2018 bill by a National Party member to create a cowardly typing offense with a maximum sentence of 20 years in prison was defeated, and the New Zealand parliament rejected a bill at first reading.

“It is sad to see Australia so far ahead of us in dealing with these evil acts. If New Zealand law does not allow for a more serious sanction, we should all be pushing for it,” Bareman said.