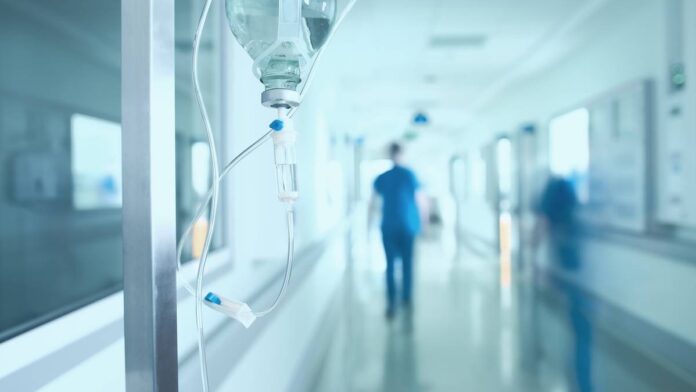 All of New Zealand’s 20 district health boards will be replaced by a single national health body responsible for managing all hospitals, the government has revealed.

This week’s announcement that all District Health Boards (DHBs) would be phased out and replaced with a centralized health agency surprised many.

Most of the major interest groups in the health sector appear to support the proposed agency, tentatively known as Health NZ. But the Labor government has set very high expectations, and the hard work to make this new structure work is now starting in earnest.

The reform proposal places a strong emphasis on collaborative relationships between various governmental and non-governmental organizations. The New Zealand public sector reforms of the 1990s cultivated a culture of mistrust in the relations between these organizations.

In the health sector, this has manifested itself in the deterioration of the relationship between district health boards and nongovernmental organizations, especially in primary health care. It will not be easy to establish a collaborative philosophy across the industry.

What had to be changed?

New Zealand currently has 20 DHB. Everyone has a responsibility to provide health care in a defined geographic area. The Covid-19 pandemic highlighted regional fragmentation when some DHBs delayed adopting a national contact tracing system.

The government restructuring follows the 2020 Health and Disability System Review that left many industry leaders disappointed.

While the final review report acknowledged that New Zealand’s health system was too fragmented and complicated, it recommended a single central health sector organization to work alongside a reduced number of DHBs. It was not a recipe for reducing fragmentation.

Just 20 years ago, a previous Labor government led by Helen Clark ushered in the DHB era. The 1990s – an era of competition and “outsourcing” – had spurred significant innovations in the way health services were organized and delivered, including the growth of Hauora Maori providers.

But overall, these “public choice”-inspired reforms were deeply unpopular with health professionals – and the public.

The big new idea in 2000 was that DHBs should take care of all publicly funded health services, not just hospitals. They were to plan on behalf of their regional populations and facilitate greater integration of hospital and community services. The Clark government reintroduced elected local councils that the national government abolished in the 1990s.

But the promise and allure of regional governance has started to fade for a number of reasons. DHBs came to the conclusion that they really did not have much discretion over resource allocation.

This dynamic took root throughout the 2010s, when there was no significant increase in per capita health financing. Only a handful of DHB have taken a creative approach to developing relationships with primary health care providers.

The Canterbury Clinical Network in Christchurch developed a “one system, one budget” approach to first identify service needs, then determine who would provide them and how they would be paid. But few others followed their example.

The DHBs were not champions of local democracy either. The scale of neighborhoods and organizations, especially in large urban areas, made any democratic representation symbolic at best. Council members were there primarily to implement government policy.

How centralized will Health NZ really be? The answer is likely to vary widely between health services. For hospitals, I predict that the regional divisions of Health NZ will be the most important.

For primary care and services in the community, services may be organized and adapted more locally than they are currently. It will depend on what happens with the proposed “population health and well-being networks”.

What will “local commissioning” look like? “Commissioning” is a word widely used in reform proposals, as opposed to “outsourcing”. The latter is based on the idea that the principal (the government agency) knows best and the agent (providers – mainly nonprofit NGOs and for-profit primary care practices) are obligated to carry out the wishes of the director.

Commissioning, on the other hand, involves a more relational and negotiated approach in which local communities and service providers define what services would look like. This means that those who provide the services are part of the design.

Where does the health “consumer” come from? Instead of elected members on DHBs, consumer and community input must operate at all levels of the system. According to the Cabinet document, “the entities will determine the best way to engage people, but will have to adhere to nationally established principles for consumer engagement.”

Another major element of the proposed health reforms is the creation of a public health agency within the Ministry of Health. In the age of Covid-19, the marginalization of public health advice over the past decade has become a fundamental weakness.

After Covid-19, the public health star has arguably never been so high. So it will be interesting to see how much influence this agency exerts on alcohol, food and gambling policy.

The view of many public health advocates is that a separate and independent state entity would be preferable. However, a unit within the ministry at least has the advantage of being in the front row. An independent agency can be more easily sidelined and more easily dismantled after changes of government.

Producing a sweeping health care reform proposal that enjoys broad industry support is no easy task for any government. With such high expectations, of course, the difficulty will be to maintain that momentum until implementation.

This article is republished from The Conversation under a Creative Commons license. Read the original article.