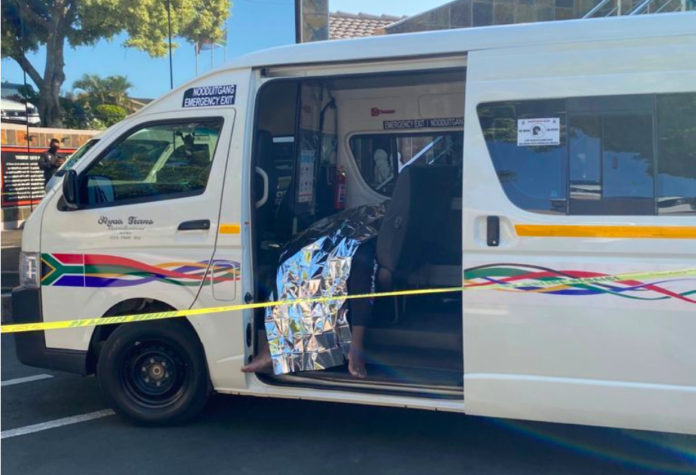 A 26-year-old man was shot and killed inside a minibus taxi in Verulam, Kwazulu-Natal, Reaction Unit South Africa (RUSA) reported.

“At around 12:21 pm, a white Toyota Hiace Sesfikile rushed into the parking lot of the South Africa Reaction Unit (RUSA) headquarters.

TAXI BOSS FOUND DEADLY IN HIS OWN VEHICLE

Balram said several men inside the taxi screamed for help.

“The body of a man was found lying in the back seat with multiple gunshot wounds to the body and face.”

“The controller on duty sent reaction agents and paramedics to the parking lot. “

He said the deceased man is a 26-year-old taxi boss.

“According to taxi occupants, a sniper opened fire on Mphili at the Gateway Taxi Rank in the Verulam business district.

“The suspect then took a seat in the passenger seat of a gray / silver Toyota Etios and was driven from the scene.”

Barlam said passers-by then loaded the seriously injured man and transported him to the RUSA base for assistance.

Police have not yet been able to confirm the shooting or confirm the identity of the deceased man.

The third wave settles as SA is promised to replacements for …

The third wave settles as SA is promised to replacements for...