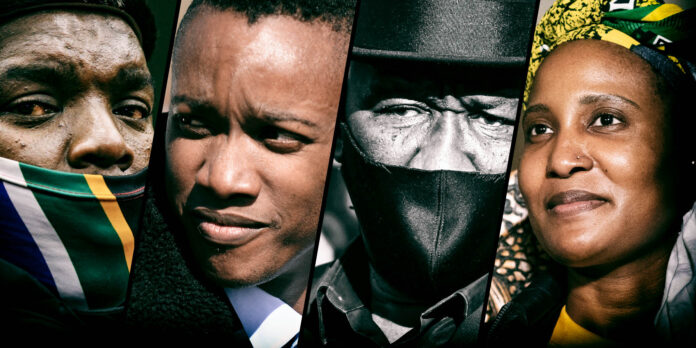 If a group of people could have caused so much violence, damage and death without consequences, nothing will prevent them from starting over.

Despite official promises, it is still not certain that the full truth about the July violence will ever be made fully public, in a courtroom. As there is clear evidence that the violence was the result of the actions of ANC members, it is in the interest of many party members that no accountability is established and that no crime is punished.

While this silence may be politically convenient for the ruling party, it is paid for by an increased level of risk for South Africa. If a group of people could have caused so much violence, damage and death without any consequences, political, legal or otherwise, nothing will prevent them from doing it again.

In the hours following the start of the violence, government and ANC leaders vowed that “the law will run its course.” President Cyril Ramaphosa said in his address to the nation: “We will not hesitate to arrest and prosecute those who commit these actions and will ensure that they are faced with the full force of our law.

But so far, there is little evidence to suggest that this has happened.

Police Minister Bheki Cele said Tuesday that a twelfth suspect had been arrested for having instigated and organized the violence. But he’s made announcements like this before and we’re not even more clear on exactly what happened.

Last week, although the National Prosecuting Authority said it had strong arguments against him and that he was in danger of fleeing, Ngizwe Mchunu was released on bail of only R 2,000. During this request, Mchunu claimed that during the violence Cele called him and told him to stop the looting.

Although Cele can deny it, it suggests that many people involved in these events, from all walks of life, know each other.

In Gauteng, a lawyer, Ike Khumalo, was released on R3,000 bail and denies instigating the violence.

And there can be no doubt about the real origins of the violence.

As Secretary General of the SACP Blade Nzimande put it on Sunday, “The dangerous insurgency has emerged from its nest within the ANC itself.”

In the meantime, it has been reported in Daily Maverick than WhatsApp groups include and involve senior members of the ANC coordinated and celebrated acts of looting.

There is currently no evidence that the police are investigating these groups.

Jacob Zuma’s son, Duduzane Zuma told the looters to “Loot responsibly” during the violence. His sister Duduzile Zuma-Sambudla encouraged his Twitter followers to commit acts of violence. Twitter has now taken action against his account for doing so. The JG Zuma Foundation tweeted: “Peace and stability in South Africa is directly linked to the release of President Zuma with immediate effect”.

Yet none of those responsible for these posts has been arrested, or even, to our knowledge, contacted by the police.

The ANC itself has not denied that its members may have been involved. The head of the party presidency, Sibongile Besani, talk on SAfm during the violence declared: “We cannot exclude that some of our members or sympathizers are in the whole saga; we have had our share of challenges and there are opportunists who want to hide behind the imprisonment of Jacob Zuma.

And then there is the fact that it has all been arranged in plain sight. Anyone interested in politics could see the events leading up to this, such as the mass rally in Nkandla on the Sunday before Zuma’s arrest. The rally was televised, as thousands of people including a Cabinet minister (Lindiwe Sisulu), ANC NEC member (Tony Yengeni) and now suspended MKMVA spokesman Carl Niehaus broke the foreclosure rules.

It may be that one of the problems is that ANC leaders are simply unable to call it for what it really was: violence instigated by a faction of their own party.

Again and again, the president, the Minister of Police, Prime Minister of KZN and others spoke of the violence, but did not mention the fact that it is an internal ANC struggle for power.

While it may seem like it’s because they don’t want to damage their own party’s name, it’s more complex than that.

The recent language of ANC leaders in KZN around Zuma has shown that this is a major problem for them. Prime Minister Sihle Zikalala and KZN ANC Provincial Secretary Mdumiseni Ntuli attended Zuma’s appearances (before the Constitutional Court ruled that he should be jailed) and said they supported him. Twice they were booed by Zuma supporters, who just don’t believe that Zikalala and Ntuli really support the former president.

The duo’s attempts to please the crowd show they have to believe Zuma still has a sizable constituency.

However, the most difficult question to answer may be whether they behave in this way for their own benefit (in that they don’t want to lose the support that Zuma can still muster) or because they fear really that the situation can get out of control. The most likely answer: both.

Before the violence, it might have been easy to say that any claim that they acted in this way out of fear of violence was simply exaggerated. It might be harder to say now.

That said, the problem remains: if national leaders can’t call it out for what it is, can they really solve it?

It should be remembered that the failure of the police to solve these problems is not quite a natural weakness. The evidence that our police service, the Hawks, and the criminal justice system have been deliberately and perhaps fatally weakened over the past decade is clear.

It is also clear that it was for political ends, to weaken the rule of law, to allow powerful forces to act with impunity. If the Constitutional Court judges that a the former president can and should be arrested is proof that we are a country of rights, so this violence was a direct response to that. Only time will tell if the country, the ANC (or its dominant faction) and the government are up to this challenge. At the moment, the outlook looks bleak.

The first step in clearing up this darkness would be to reject callousness, to make it clear that no one in South Africa can act with impunity.

Whatever happens, any imaginable future for our country must take into account the possibility of our criminal justice system failing and its inability to hold those responsible to account. This will certainly happen until the ANC looks at itself in the mirror and reflects on what it sees.

And yet what other choice does the ruling party have if South Africa is to avoid sinking into a failed state under its watch? DM