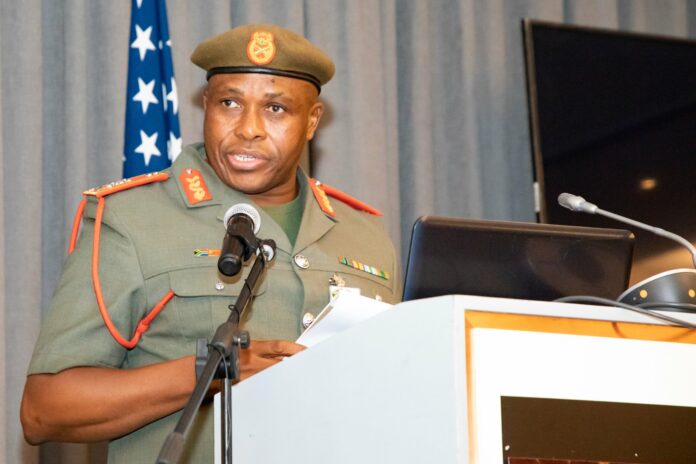 Just another day in South Africa: About R 1 million of taxpayers’ money was spent on renovating and furnishing a house in Pretoria occupied by the head of the South African National Defense Force (SANDF ), General Lawrence Mbatha, Sunday opening hours reports.

All this less than three months after Defense and Veterans Minister Nosiviwe Mapisa-Nqakula deplored a budget cut of R15 billion for her portfolio.

“We must inform this House of the negative impact that our declining allocation has had and will continue to have on the Ministry of Defense in general – our military capabilities in particular and our ability to meet our operational responsibilities which are entrusted to us as well. than our international obligations. », Said Mapisa-Nqakula during the presentation of his budget vote in May 2021.

Contrary to what the minister claims, the latest spending saga implies that the SANDF may have money to burn. According to Sunday opening hours, the state funded the new additions to General Lawrence Mbatha’s home in Waterfloof, one of the capital’s poshest neighborhoods – properties there go for under R 4 million. The house was reportedly outfitted with a few lavish features including a basketball court and rugs, which totaled nearly R300,000.

While the fixtures for new closets, a shower, six toilet paper holders, tubs, a base and tiling cost around R 280,000. Curtains for the house weren’t cheap either, with the state having paid 181,000 R. The Sunday Times quoted “insiders” who claim that Mbatha’s wife went to Fordsburg, Johannesburg, for the shopping.

The state has also disbursed more than R205,000 for other renovations to Mbatha’s house, including installing air conditioning units, repairing leaky roofs and electrical wiring, among others.

Mbatha was announced as the new chief of the SANDF army in April 2020, succeeding Major General “Mannetjies” de Goede.

A son’s quest for justice for Fort …