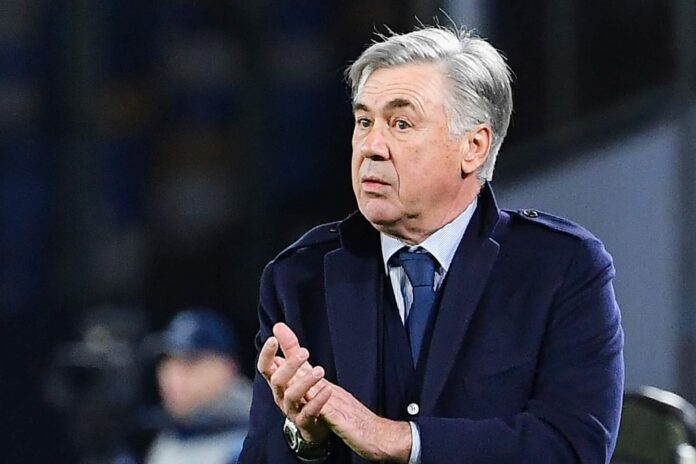 Carlo Ancelotti joined real Madrid as a coach for the next three seasons, the Spanish club announced on Tuesday.

“Hello from Madrid!” the 61-year-old Italian who succeeds Zinedine Zidane posted on Twitter.

Carlo Ancelotti, who won the Champions League for Real Madrid on his first stint at the club between 2013 and 2015, will sign his contract and will be presented to the media on Wednesday, the club said in a statement.

It took less than a week for Real Madrid to turn the page on Zidane, who ended his second less successful stint as coach last Thursday, criticizing the lack of confidence shown in him by the club hierarchy.

Instead, Ancelotti is set to reunite with club president Florentino Perez who ruthlessly ousted the coach in 2015, just a year after leading the club to a 10th Champions League title, the highly anticipated Decima.

Carlo Ancelotti was under contract until 2024 with Everton, but the Italian, whose wife is of Spanish descent, has always said he enjoys life in Madrid.

READ | MAMELODI SUNDOWNS: WHY THE SQUAD IS MILLION RANDS POORER THIS SEASON

His return is a gesture of appeasement addressed to the stars of the club.

The heavyweights of the locker room will welcome an adept coach, like his former protégé Zidane, with benevolent and protective management, rather than the more advanced approach of Antonio Conte, another Italian contender for the post.

During his first stint at Real, Ancelotti left a favorable impression on fans and players, including Karim Benzema, Raphael Varane, Marcelo and Casemiro, who are still at the club.

He will also reunite with Austrian defender David Alaba, who played for Ancelotti at Bayern Munich, and joins Real on a five-year contract.

Carlo Ancelotti made history on his first stint at Real by winning the Champions League, after a 12-year gap.

Atletico Madrid’s Atletico Madrid were behind in added time but Sergio Ramos equalized in the 93rd minute. Then Gareth Bale, Marcelo and Cristiano Ronaldo, with a 120th-minute penalty, scored for a 4-1 victory.

Carlo Ancelotti has also won the Spanish Cup, the European Supercup and the Club World Championship at Real.

But the support of his dressing room was not enough to save Ancelotti when he failed to win another trophy after winning the Club World Cup in December.

A poll taken at the time of his departure by Spanish sports daily Marca, which has close ties to the club, found that 73% of club members were in favor of keeping the Italian.

On Tuesday, the club recalled its first term as a golden age.

“Under Ancelotti’s leadership, the team reigned supreme in Europe 12 years after the last continental triumph after an unforgettable victory over Atletico in the centerpiece of Lisbon,” the club said on its website, adding: “He is Real Madrid coach with the most wins (78) in his first 100 competitive games at the helm.”

Real missed the Spanish title last season by just two points and reached the last four in the Champions League, but failed to win a trophy.

Ancelotti will have to replenish the squad under difficult circumstances.

Real are in financial difficulty in the face of the Covid-19 pandemic and are consumed by the costly renovation of the Santiago Bernabeu stadium. Los Blancos are also still facing the possible consequences of their refusal to give up the Super League, which offered the vision of an instant solution to their money problems.

Ancelotti, who joined Everton in December 2019, thanked the English club and their fans “for the tremendous support they have all given me”.

“Although I enjoyed being at Everton, I was presented with an unexpected opportunity and I think it is the right decision for me and my family at the moment,” he added in a statement posted on Everton’s website.

Everton said they would “Immediately begin the process of appointing a new director and will provide timely updates.”