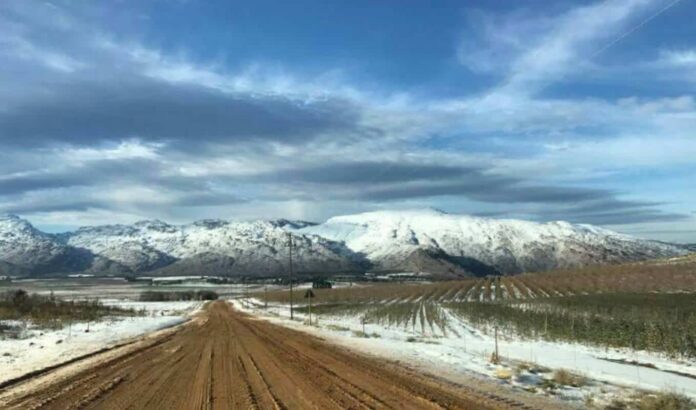 The recent cold snap may not have brought snow to all parts of the country, but it has certainly resulted in a drastic drop in temperatures in most parts of South Africa, which experience temperatures close to zero. in the evening and early in the morning.

There are reports of heavy snowfall in areas along the borders of Lesotho and KwaZulu-Natal, as well as Lesotho and the Eastern Cape. Several parts of South Africa have been transformed into winter snow-capped landscapes – which are not often seen in the country.

Snow is often seen as a novelty by many South Africans because it is not often seen by most of us. When there has been heavy snowfall, some South Africans looking for snow get into their cars to go to areas where they can see the white fluffy stuff.

For those who are eager to see real snow, there have been recent reports of heavy snowfall in the following areas:

The small village of Swartberg is nestled in the shadow of Swartberg Mountain in southwest KwaZulu-Natal, on the border with the Eastern Cape. This is where you will find some of the most beautiful mountain formations in the country, and of course, some of the snowiest at this time.

Last town in southern Drakensburg, Underberg sits just beneath the region’s majestic mountains. With its high altitudes and extreme weather conditions, snow is not uncommon in this region.

There are reports of large amounts of snow near the Tiffendell Ski Resort located in the Drakensberg Mountains. The ski resort opens for skiing and snowboarding from June to August each year.

Sutherland, also known as the coldest city in South Africa, is situated at an altitude of 1450 m above sea level. The region has experienced spectacular snowfall in recent days. There is no low level snow in the city itself, but snow can be seen on the mountains surrounding the city.

This list is by no means final. There are many other places across the country where you can also see snow. If you keep an eye on the news, you’ll notice that there are several other parts of the country that have also experienced large amounts of snow.