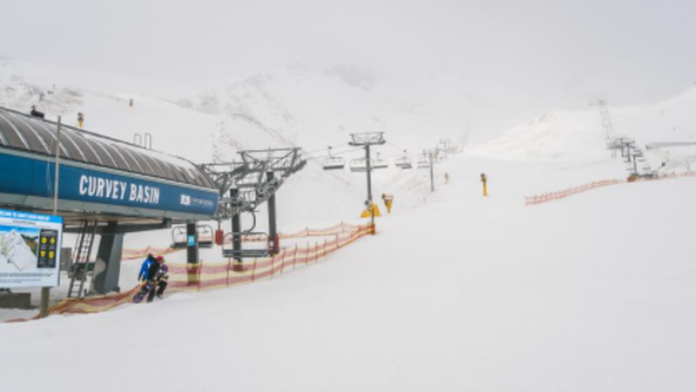 Queues formed around the block this morning as NZSki battled the elements to open The Remarkables ski area in Queenstown.

About a hundred people waited patiently in the hope that the buses would start, but it was not until shortly after 11:30 am that they started.

NZSki said 25cm of snow fell on the mountain overnight, bringing the 72-hour total to 55cm.

The ski area’s weather report said the avalanche risk was considerable, meaning patrols were being deployed in force to ensure the mountain could be safely opened to the public.

“We are currently paving the way for 4WD / AllWD with chains only. “

Queenstown was also blanketed in snow at ground level, with the Ritchies bus operator expected to provide a 4×4 shuttle service along the steep Fernhill Rd.

Orbus Queenstown posted on social media to say that all routes were operating by mid-morning, if they were slightly delayed and some would use 4×4 vehicles.

Coronet Peak has received 25cm of snow, but will not open until tomorrow.

The Crown Range road from Queenstown to Wanaka was scheduled to reopen at 1:30 p.m. Chains may be needed in some sections, the QLDC said.