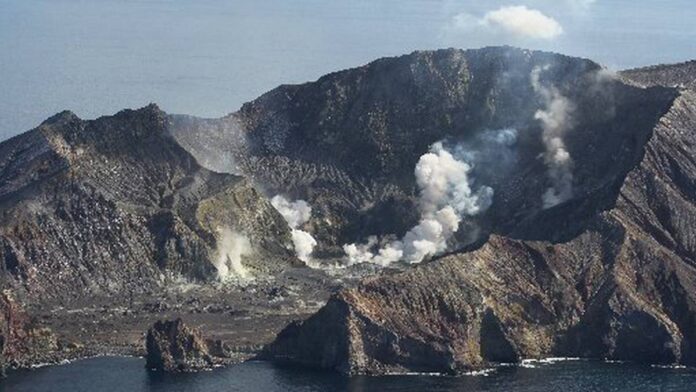 A short, low-energy volcanic earthquake was detected in Whakaari / White Island at 4 a.m. on Tuesday, June 1.

Web cameras have observed water filling the vents at the 2019 Primary Crater since May 18.

An observation flight on May 27 confirmed the development of a small lake in the crater. Several steam and gas vents are now underwater.

There is no evidence of further explosions around the crater.

Measurements taken in infrared and thermal imaging on other observation flights confirmed that the active vents are cooling considerably.

A GNS Science bulletin said the amount of gas released by the volcano had not changed much in recent months. Whakaari continues to produce a weak to moderate gas and vapor plume which may cause weak acid rain downwind of the island as usual.

The level of the seismic tremor would remain at background levels.

The volcanic alert level remains at 1 and the aviation color code remains green.

GNS Science and the National Geohazards Monitoring Center continue to monitor Whakaari for further changes in the unrest.