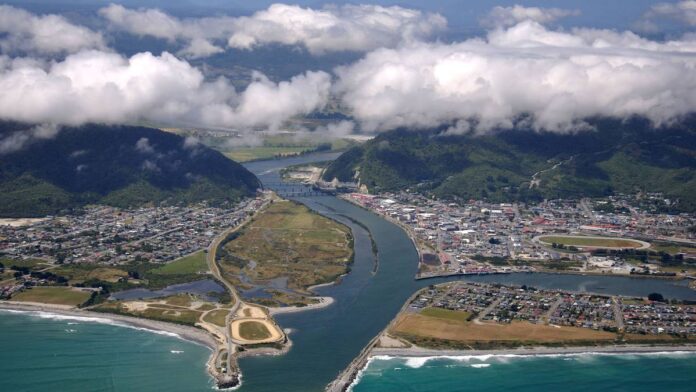 Aerial view of Greymouth and the mouth of the River Gray. A study of Maori living on the west coast found that racial bigotry is alive and well in the area. Photo / 123RF

A study of Maori living on the west coast found that racial bigotry is alive and well in the region and a challenge for whānau trying to raise healthy and confident children.

The research, led by WestREAP, involved 18 different Whānau groups across the region.

It was presented to the West Coast District Health Board Advisory Committee last week.

In a collaborative project led by local iwi and community organizations, the whānau were interviewed by qualified researchers and asked about their dreams and aspirations for their tamariki.

They were also asked about the obstacles they faced as a Maori in achieving these dreams.

Study author Eli Maiava reported that families’ main hopes were for their children to trust their Māoritanga and have a strong bond with them.

They wanted quality education and employment opportunities, and their tamariki to be good people, to live good lives.

But among the challenges they faced were limited and difficult access to health and social services, and complex long-term health needs.

And in pursuing their dreams for their children, they also faced racism and prejudice within the community and the systems they relied on.

“Whānau feel like they are unwelcome in certain spaces and judged unfairly, simply because of the perception others have of their culture and identity,” the researchers reported.

In the words of one interviewee: “I don’t like shopping here in (Hokitika) … because I can’t stand people staring at me.

“It’s usually Pākehā and I don’t feel out of place, walking around. I feel more comfortable going to Greymouth and shopping there.”

Others who were not easily identified as Maori faced a different challenge when people assumed they were Pākehā:

“I’ve heard terrible things over the years and I’m like, ‘Whoa, mate, you’re breaking the line! Where the hell do you get that … where from?’ and then they pull them up and they say, “What do you mean? Why do you care? “And I’m like ‘because I’m Maori!'”

Another interviewee had warned a son that he would be judged as a Maori, and he had experienced this before.

“He had money to go to McDonald’s and have a drink before basketball practice and he and his friend were arrested by the police and he was in school uniform and they said, ‘Do you have anything thing in your bag that you shouldn’t have? ‘and he said’ no ‘and he … put his bag back and the police knocked him over on the road … on the sidewalk. “

Racist attitudes have shaped young people’s perceptions of their worth, the study notes.
They also made Maori less likely to engage in health and support services.

“Whānau feels that they are regularly judged by others and looked down upon by individuals and services, which impacts their ability to access the resources and support available to them. “

On a regular basis, the whānau found it easier to do without them than to deal with the prejudices they knew they would face in the community, the researchers said.

Maori families on the west coast relied heavily on each other in times of need; were resilient and all had ideas on how to overcome the challenges they faced and help their tamariki.