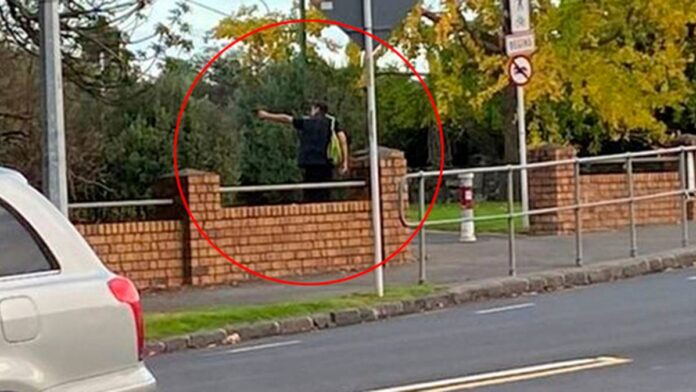 Man pictured pointing what appears to be a handgun at Unitec grounds in Auckland this morning. Photo / Supplied

Armed police broke into an Auckland polytech campus this morning after a man was seen armed with what terrified passers-by believed to be a handgun.

A police spokesperson said at 8:15 a.m. receiving a report of a man seen walking on Carrington Rd in Mt Albert holding what appeared to be a gun.

A spectator captured the spooky moment when the man raised his outstretched arm to eye level, appearing to aim the gun inside Unitec’s Door 1.

The spokesperson said police immediately responded and found the man.

He was arrested without incident.

However, police said what was considered a deadly ranged weapon turned out to be a replica.

“The man was found in possession of a toy gun,” the spokesperson said.