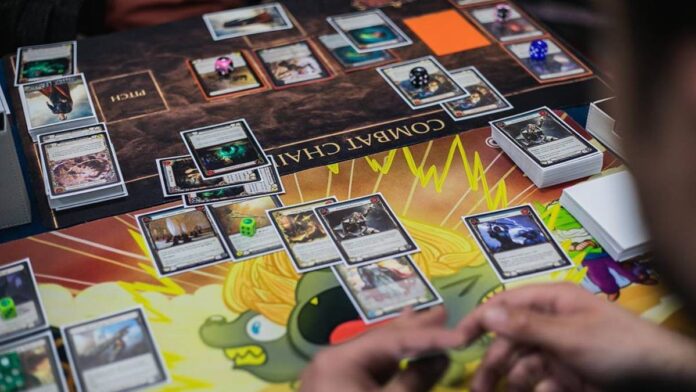 Covid-19 may be keeping the world apart, but Kiwi’s ingenuity has found a unique way to bring everyone together for a good cause.

Over 165 players from all over the world are participating and around $ 40,000 has been raised so far.

The game, called “Flesh and Blood,” was released by Auckland-based Legend Story Studios in 2019.

Two players each choose a hero, such as a wizard or ninja, and attempt to use a range of unique abilities to defeat each other.

Flesh and Blood has enjoyed huge success here and abroad, despite being designed to be played physically in person.

Due to the different pandemic statuses of each country, foreign players have found other ways to engage in combat, such as using webcams or a digital program that simulates tabletop games.

Over the next few weeks, those who signed up for the Card Merchant tournament will be randomly matched to compete against each other, qualifying for their next match after each victory.

Card Merchant owner Matt Rogers said the idea for a giant online tournament came to him when the father of a close friend of his died of cancer.

Since he and his friend play the game, Rogers decided it was the perfect way to show solidarity and rally the gaming community to the cause.

“We really care about each other. When someone is having a hard time, you end up at the bar to have a drink and play.”

Rogers said he initially wanted to do something small, but it wasn’t long before he realized how keen players around the world were to get involved.

“It’s absolutely mind-boggling that we fell in love with it so much.”

Flesh and Blood creator James White has said his mission is to bring people together in flesh and blood through the common language of games.

Although players currently use computers rather than sitting together at a table, White said the tournament captured the spirit of this mission perfectly.

“Community is a vital part of every person’s life. In good times and in bad times, being there for each other makes life better.”

The tournament is expected to last around four weeks.