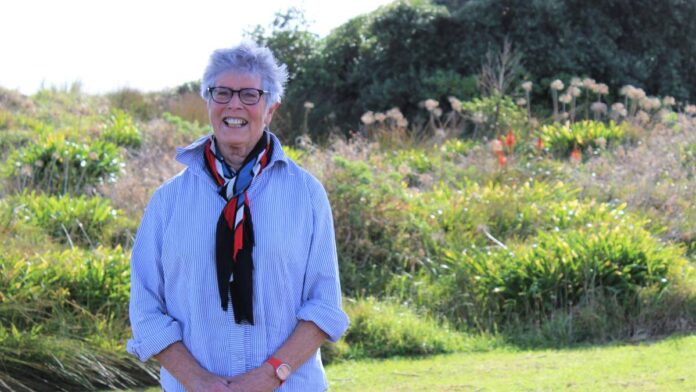 Jamie Bull has been named an Officer of the New Zealand Order of Merit for service to the performing arts and to the community. Photo / Rosalie Willis

Absolutely thrilled and honored to be recognized, Jamie Bull has been named an Officer of the New Zealand Order of Merit for Performing Arts and Community Service in the Queen’s Birthday Honors List .

Involved in the performing arts for 45 years as a performer, director, choreographer, artist rep and mentor, Jamie said, “I think the last time I had something it was was when I graduated from college, so this honor came as a surprise.

“I am absolutely delighted, I feel very honored but it is a reward shared by many people.

“Most of the things I have done have been part of the team – maybe I was the leader of the team, but I always had a team around me.

“You only achieve these things by working well together.”

Working on projects with a range of theaters including Downstage, Bats, Circa, Court Theater and Centrepoint Theater were highlights of her career, as was the time she spent with untrained performers.

“We would choreograph shows and stage performances for untrained dancers and take them to communities across the country.”

Spending a week in the community, Jamie and his team taught the works to students or community members, which they would then have the chance to perform.

“As far as I’m concerned, the performances were as professional as if they had been trained.”

Many times this meant giving people the chance to perform who often hadn’t had that chance before.

“I have worked with people who have never been to their drama or musical school because they had no experience – but how do you get experience?

“I loved giving people who had already been written off a chance to perform.

“There is a different energy there.”

Jamie has also worked as an Artist in Residence with Addiction and Psychiatry Services.

This involved living in a former mental health and addiction facility at Queen Mary’s Hospital in Hanmer Springs for a week at a time, working with patients to express themselves other than in words.

Over the past few years, since moving to Ōtaki Beach from Wellington in 2014, Jamie has been involved in a number of community projects.

The first thing she signed up for was an exercise class based at the taki Surf Lifesaving Club, which she took over and has been running for about 10 years.

Not slowing down, Jamie has been a driving force behind Transition Town Ōtaki, a charitable trust seeking to undertake initiatives that help the local community be more resilient and sustainable.

The project has been a win-win situation for everyone involved, from advice to transfer companies Midwest Disposals and Envirowaste and of course the locals with the timber diverted from the landfill, instead of being available for locals to find. wood for garden or home projects.

“I feel like I’m hanging on to the tail of a rocket with this project, but everything is going well.

Jamie said she was especially honored to have received this honor for both service to the performing arts and to the community.

“I am very proud of the work we have done in the field of dance, laying the foundations for an alternative to classical ballet.

“When we started out, the only recognized dance form was classical ballet.

“For example with regard to the allowance, one could not be unemployed dancer, it was not recognized as a profession.

“The fact that we now have contemporary dance and modern dance as an accepted part of this art form is fabulous.

“On the community side, I guess what I’m proud of is the legacy we are creating with Zero Waste akitaki.

“We have built the foundation slowly and I am very proud of what we are doing.”