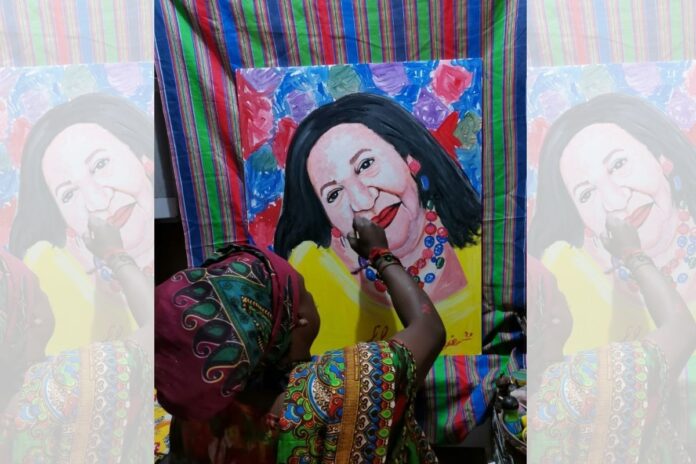 Portrait of Rasta by the late Shaleen Surtie-Richards

Rasta, who has made a name for himself painting deceased celebrities and public figures, has come under scrutiny in the past for his work – which Twitter users say is not always accurate . Nonetheless, Rasta paid tribute to the late actress in the form of a portrait of her and posted her work on Twitter, saying:

“One of SA’s best actress and TV star [sic]. RIP Shaleen. Thank you for your contribution to the art, ”said Rasta.

Claiming that the painting bears little or no resemblance to the Egoli star and Fiela se Kind actress, many accused the artist of deliberately painting another person’s face.

In the past, Rasta has denounced the criticism he receives on Twitter during an interview with Live.

“I have been drawing for a long time, since my high school years and it is my passion for which I live. What people don’t understand is that painting is a process and it’s not a quick process. From the first sketch to the final product, there are many steps that must be taken.

“The problem now is that the minute I sit down, someone takes a photo of my incomplete work and says to Twitter, ‘Look at the Rastafarian painting! But at this point the photo isn’t done, so it doesn’t look good because it’s not done. But Twitter doesn’t care, they go ahead and judge anyway, ”Rasta said.