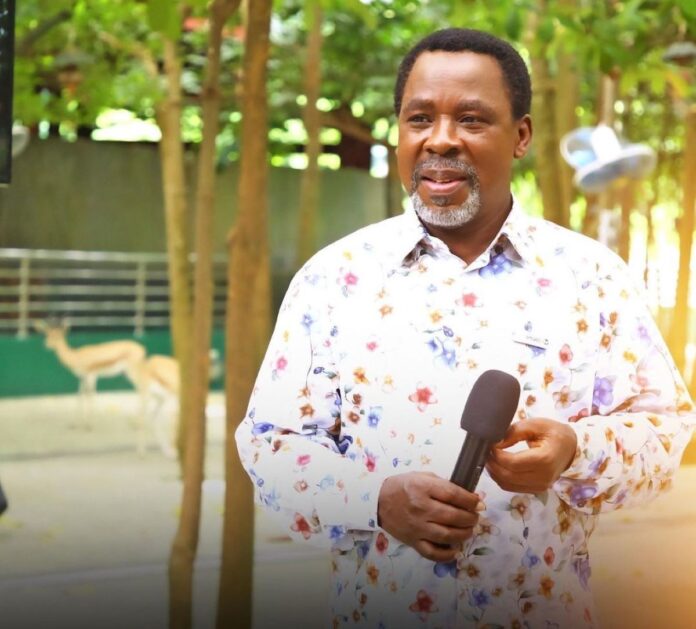 Self-proclaimed prophet TB Joshua has died – one week before his 58th birthdaye birthday. The Nigerian televangelist, whose full name was Temitope Balogun, was the founder of The Synagogue, Church of All Nations (SCOAN), a huge church based in Lagos.

Joshua succumbed to an undisclosed illness on Saturday, June 5, 2021, according to international media.

“God brought home his servant Prophet TB Joshua – as he should by divine will. His last moments on earth were spent in the service of God. That’s why he was born, lived and died, ”his church said in a brief statement.

“The synagogue, the Church of All Nations and the Emmanuel TV family appreciate your love, prayers and concern at this time and ask for a moment of privacy for the family.”

Joshua claimed to be able to perform all kinds of miracles, including being able to heal the sick and the blind.

TB Joshua and his scandals

TB Joshua was a rather controversial figure and rose to infamy in 2014 when more than 110 people were pronounced dead after a guesthouse collapsed at The SCOAN premises in Lagos. The guests attended his church and at least 80 of them were South Africans.

There have been subsequent calls for Joshua to be held responsible for the tragedy. In 2015, an investigation found that the collapse was the result of negligence. While some families have accepted cash payments as compensation, others have taken legal action against him.

In April, Joshua was suspended from Youtube after claiming he could cure gay people. The video-sharing platform shut down the Pastor’s Channel with more than 1.8 million subscribers and 600 million views.

Responding to Youtube’s decision, Joshua asked his followers to pay for the platform.

“I learned what happened to YouTube when I saw viewers complaining. I want you to help me pray for YouTube. Don’t see them the other way around; see them as friends. We must be strong, ”he would have declared during a religious service live on Facebook, quoted by CNN.