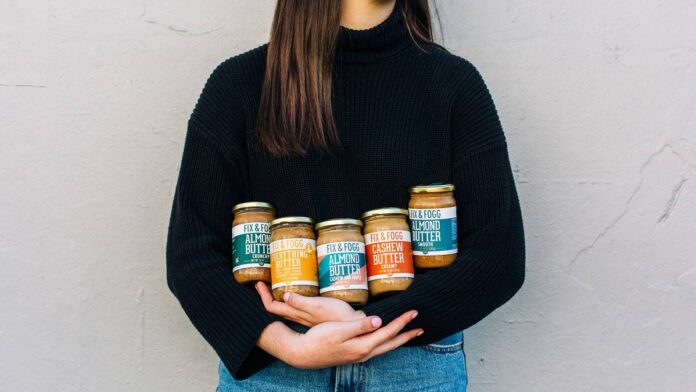 Kiwi peanut butter lovers can’t get past a scoop or two of Fix & Fogg, whether by the spoonful, on toast, or in a fancy smoothie bowl – and Americans have gone mad for the based brand. in Wellington.

Now, the award-winning company is launching its nut butters in whole food stores across the United States.

Signature Specialty Jars became available to US shoppers on Amazon in early 2018 and have seen huge success – and now Fix & Fogg have announced their partnership with the natural grocer Whole Foods Market.

Team co-founders and husband and wife Roman and Andrea Jewell started the business in 2013.

The couple were both successful international business lawyers until six years ago, when they were expecting their first baby and decided it was time to change course. So they started their own gourmet nut butters business in Wellington.

Now Jewell says they are “excited” to expand into Whole Foods.

“Whole Foods Market has a passion for high-quality, all-natural foods and a great track record in sustainability and helping communities, so it’s a perfect fit for Fix & Fogg and our values,” he said. he declares.

These values ​​include being a “force for good” and giving back to the community, says Jewell.

Fix & Fogg’s most popular flavors will be appearing in US stores, including their Everything Butter, Almond Butter with Cashew and Maple, Crunchy Almond Butter and Oaty Nut Butter (known as Granola Butter here and in Australia).

The brand gained huge success with American peanut butter enthusiasts after its first appearance on Amazon.

New York Magazine called it “the best nut butter on the planet,” while Jake Cohen, chef and author of the New York Times bestselling Jewish cookbook, called it “the only brand I have ever seen. think superior to all “.

Cohen named Everything peanut butter as his favorite, calling it “the best nut butter on the planet”.

The response in the second half allows the Lions to draw...