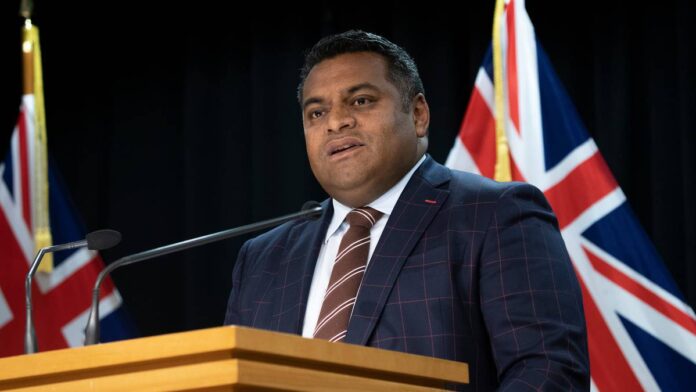 New Zealand’s 66-year-old adoption laws, put in place at a time that favored two-parent and heterosexual families and ignored Whāngai Māori adoption, must be reformed.

Justice Minister Kris Faafoi on Friday announced the long-awaited review, including seeking public opinion on options for amending adoption laws, such as the Adoption Act of 1955.

The work is accompanied by a separate review of surrogacy laws by the Law Commission.

“The adoption law has not been substantially updated since its promulgation in 1955,” Faafoi said.

“It no longer meets the needs of our society, nor the best modern adoption practices.”

The underlying principle of the current adoption law was a “clean break”, which severed the bonds between the child and his biological parents.

At the time, it was generally considered that children were better brought up in heterosexual two-parent families.

“Illegitimate” children were seen as shameful and women were coerced or encouraged to abandon their children without knowing where they were going and to whom.

Adoptions were generally “closed”, meaning the child had no information about his biological family and whānau.

Adoptions were rife at the time, and around 90,000 babies were taken from their mothers and given to strangers between 1950 and 1980.

In 2020, only 125 adoption applications were accepted by the New Zealand Family Court.

As practices have progressed, the legislation is seen as undermining and discriminatory against all parties, especially the child in question.

In 2016, the Human Rights Review Tribunal also found that preventing some people from being able to adopt because of their marital status, age and gender was discriminatory.

“Given the societal changes since that time, we now recognize a wide range of family relationships and diverse family compositions,” Faafoi said.

The law also failed to recognize the practices and norms of other cultures, especially Maori and the practice of Whāngai, Faafoi said.

“We look forward to hearing from the Maori tell us if a change is needed.

“We understand that tamariki are generally aware of their whangai status and will often maintain a relationship with the biological and whanau parents, which can help promote the interests of the child.

“We want to know more about the tikanga behind whāngai and how these principles could be reflected in our laws.

“The review provides the opportunity to remove discriminatory practices and better meet the cultural needs of people to reflect the multicultural society of Aotearoa New Zealand.”

“The objective of the review is to create a new system that offers strong guarantees to protect the rights, including the right to participation, and the best interests of children.”

The Department of Justice released the discussion paper Adoption in Aotearoa New Zealand to help people submit on the exam.

Public consultation runs through August 31, alongside targeted engagement with specific communities, including those affected by adoption.

A review of existing laws was part of Labor’s election manifesto. In the last term, former Justice Minister Andrew Little said work had been done on the process, but when he arrived at Cabinet he did not get the support he needed to move on. legislative stage.

Little told TNVZ at the time “I’m not going to point my finger anywhere,” when asked if NZ First had blocked progress.

Faafoi said this review fulfills its commitment and will provide an opportunity to ensure adequate support and information to people before, during and after an adoption.

A second round of consultations will be undertaken in May and June 2022 to provide comments and seek public input on the government’s reform proposals.

The review will look at the adoption process once a child is born through surrogacy, but will not look at surrogacy issues more broadly.

The Department of Justice and the Law Commission work together on issues of common interest in adoption and surrogacy reviews.