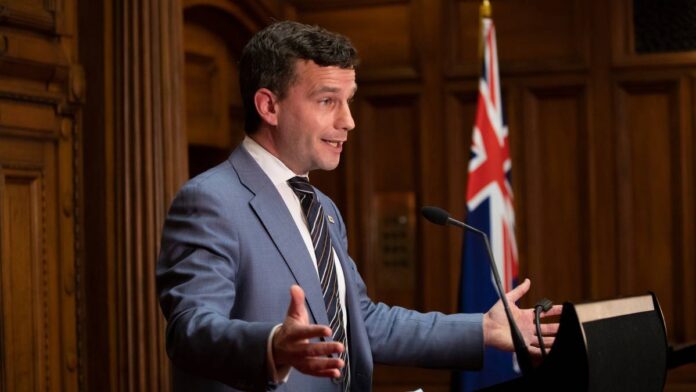 A new poll put Act on 16 percent, just six points behind National Party support and with growing support for its leader.

Talbot Mills Research released its monthly New Zealand Insight survey of its customers this week, showing Labor at 46% (up one point from September), national at 22% (down four points), Act up three points to 16 and the Greens one to 7 percent.

Formerly known as UMR, the polling company is best known for its research for the Labor Party, but it also provides some of its research to corporate clients.

Talbot Mills also provides a survey for the Herald on Kiwi perceptions about vaccination.

Support for the law has risen sharply in a number of polls in recent months. A month ago, a poll by Curia (National’s long-standing polling company) for the taxpayers’ union had a law on 14.9 percent, while National was on 21.2 percent.

The Taxpayers Union is expected to release another poll today.

The Talbot Mills document, seen by the Herald, said the fieldwork for his last poll took place between September 28 and October 5, with an online survey of what he said was a sample national representative of more than 1,200 New Zealanders.

Jacinda Ardern remains the preferred prime minister of 51% of those polled, although her support has gradually waned from the highs of 65% she reached at the start of the Covid-19 pandemic.

The gap is narrowing; in March, 78% said the country was on the right track, while only 13% said it was on the wrong track.