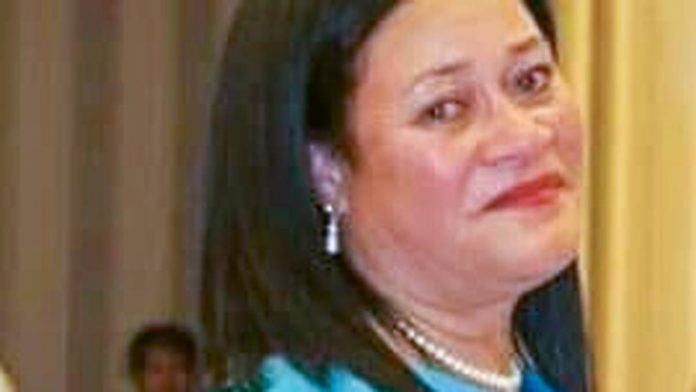 Meliame Fisi’ihoi, 57, was shot through her front door window in the early hours of January 15, 2020. Photo / Supplied

Members of the South Auckland community are relieved after charges were laid following the fatal shooting of a woman at her home over a year ago.

Meliame Fisi’ihoi was shot dead in the early hours of January 15, 2020.

Three men, aged 19, 22 and 28, jointly charged with the murder of South Auckland woman Meliame Fisi’ihoi, made their first appearance in Manukau District Court.

All three appeared separately in court.

They were remanded in custody until their next appearance in Auckland High Court on May 5.

The death of the 57-year-old grandmother sent shockwaves across South Auckland just over a year ago when it was revealed that she had been shot through her front door window entry after waking up to answer it around 2:45 am on that fateful day.

She was watching television in the living room when she stood up to investigate a noise coming from outside.

Since the trio of arrests, community members have offered their support to the woman’s family and also spoke of their relief following the arrests.

“There were a lot of women – and in particular Tongan women – who were really afraid to answer the door after that,” Ilolahia said.

Police have made several public appeals for anyone with information to come forward in the hope of helping officers involved in the investigation – dubbed Operation Truro.

Brochures featuring Fisi’ihoi’s smiling face were distributed in and around Favona and the wider suburbs of Māngere and South Auckland.

MP Māngere Aupito William Sio was among the community and Pasifika leaders who at the time made a direct appeal to officials – or anyone who knew them – to do the right thing.

“I know it is sometimes difficult to talk about your relatives or the people who are related to you, but … they do not help them at all, by hiding them,” Sio said a week after the murder.

“When we remain silent about this evil that has been done, we also participate and allow it to happen.”

“Ilolahia was more direct and called on Fisi’ihoi’s assassin (s) to think of their own mothers.

“This person has a mom too – and just for that she should give up.”

Last December, just a month away from the first anniversary of the incident, police released images of a vehicle of interest.

The car had been caught on CCTV footage speeding up parts of Māngere, Ōtāhuhu and Flat Bush.

Police were criticized during the investigation

The news came as community members were frustrated by the apparent lack of movement in the investigation.

At one point, authorities were criticized by people who felt that the investigation to bring those responsible to justice was taking too long and that if it had happened in a “non-brown suburb” and a more affluent suburb, the murder would have been solved sooner.

It was, however, a criticism that police strongly rejected, citing a complex case that involved a significant number of investigations and work to be done.

Today Detective Sergeant Karen Bright of Manukau County Police congratulated the officers involved in the investigation and thanked the community.

“Today’s arrests are a credit to the hard work and dedication of the Operation Truro investigative team.

“We hope that today’s arrests will bring some comfort to Ms. Fisi’ihoi’s family after an extremely difficult time for them.”

Despite the arrests, police say they are continuing to investigate and anyone who may have further information is encouraged to contact the police.