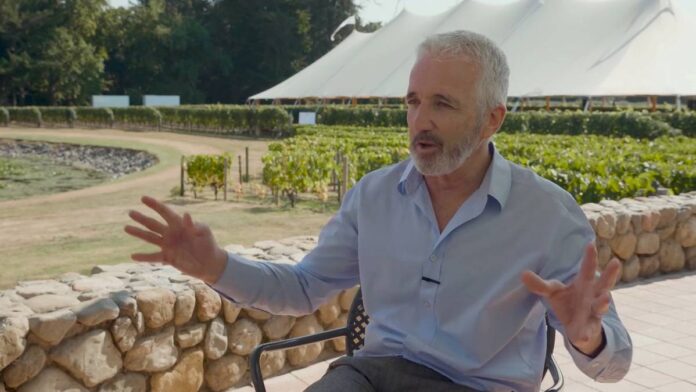 “Traditionally, I have been very poor with money,” says Rob Fyfe.

“Even though I worked for a bank for a long time. They didn’t let me approach people who lent money.”

He’s kind of joking, sort of not.

It is clear that the former managing director of Air New Zealand, executive director of Icebreaker and venture capitalist has done well.

He has saved a lot since he was a child and isn’t a big fan of debt, but says he’s only recently started to think more about wise investments.

“I was so busy at Air NZ that I didn’t have time to think about what to do with my money,” he says on the Money Talks podcast.

Since then, he has had a little more time to think things over and things are going better.

“I probably have a bit too high an appetite for risk… I’m still ambitious and quite competitive.”

That is to say, he now invests where his passion and interests lie.

In recent years, much of the focus has been on smart New Zealand start-ups, like high-tech engineering company Hammerforce.

But he admits he even invested a little in cryptocurrencies.

“I find investing exciting,” he says, noting that it’s often motivated by a desire to know more about the thing he’s investing in.

“I think he’s the engineer in me.”

He has a credit card but has direct credit to pay off the balance each month.

“Money was never a goal in and of itself, so I was never drawn to leverage,” he says.

“But if the right opportunity presented itself and I had to take out a mortgage on the house to do it, I wouldn’t mind.”

“When I took [the job] at Air NZ, and this has been true throughout my career, I never negotiated my salary when I found a job. “

“The negotiation around salary was this: if you underpay me, then someone will come and offer me more and you will lose me. And if you pay me too much, you are doing your shareholders a disservice. how much to pay me is up to you.

Fyfe says one of the driving forces behind his career choices has been to avoid the trap he thinks his father fell into.

“When my dad was in his late 1950s he was basically a prisoner of the company he worked for… he wasn’t particularly happy at his job but he was part of a pension plan. didn’t like it, but he couldn’t afford to leave, ”he said.

“So it really instilled in me that I never wanted to become a prisoner of money or find myself in the situation – especially in my 50s – where I had to. [stay] somewhere just for the money. “

Fyfe talks about his childhood in Christchurch and how his passion for motorcycles and cool clothing instilled a strong work ethic in him.

The closest the former Air NZ chief and RNZAF flight commander ever had to international travel at the time was family fish and chip night.

“We would all jump in the car and go park at the end of Christchurch Airport and watch the planes take off and land. And eat our fish and chips. And that was my memory of Friday night for years.”

He started working when he was 9 or 10 years old and used to go picking strawberries or raspberries as a vacation job.

The famous Fyfe has always had an eye on fashion.

Even back then, if I wanted nice clothes, I had to pay for them myself, ”he says.

“Mum would knit us swimsuits and make clothes for us, but if you wanted something trendy or cool… you had to pay for it yourself. So my first money was probably spent on clothes.”

I desperately wanted a motorcycle on my 15th birthday. So I started when I was 14, my dad got me a job in an injection molding factory – the machine I was on made the little blue caps that would fit in a bottle of beer.

“So the day I turned 15 I bought the bike and it was a pretty cool experience.”

After that he got an after school job as a wool scourer.

“I finished school at 3 pm, I cycled through town to the woolen and worked from 4 pm to 11 pm and did it three or four times a week.

“This work ethic came to me very early on.”

The Money Talks podcast series is not about personal finance or economics, but only well-known New Zealanders talking about money and sharing stories about the impact it has had on their lives and how it shaped them.

You can find new episodes in the Herald or subscribe to iHeartRadio, Spotify, or wherever you get podcasts.