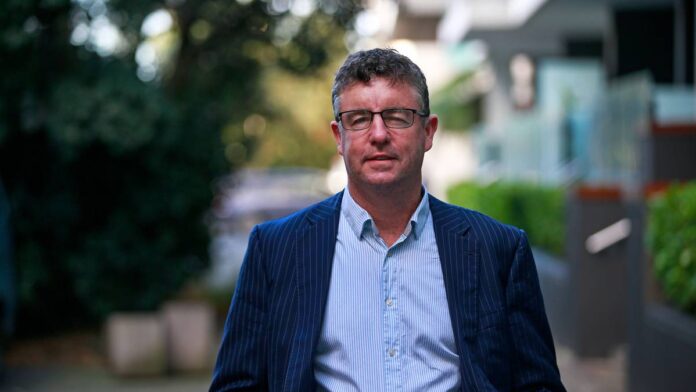 Economist Cameron Bagrie describes himself as pragmatic, not ideological. He is therefore relatively unfazed by the seismic change that the pandemic has brought about in the world of economics.

But there is no illusion as to what this means.

“We’re going to have to face higher taxes. I have no problem paying higher taxes as long as we get quality spending and real results on the other side.”

And Bagrie says he’s yet to be convinced of those deliverable results.

“Right now it’s A for aspiration. Execution is a really big deal.”

“I don’t think people realize the importance of this pivotal point that we are at.”

He points to the United States and Joe Biden for raising tax rates there and around the world.

Political extremes are not helpful, he says.

“There are people who will say you just have to let the market prevail. The basic economy … well, sorry, the market is not working.”

So you need a referee and a not-so-good referee when it comes to how the game is actually played. “

But if we want to see bigger government, Bagrie wants to see more checks and balances on politicians, more focus on performance.

“That’s one in nine people of working age. This tells us that we have very big structural problems. If we want to reduce poverty, people have to find paid work.

“But it can’t just be about paying people willy-nilly. You have to make them more productive.”

Bagrie has spent most of his life thinking about money.

His parents were horticulturalists and he grew up in central Otago. But they were hit hard by inflation and double-digit interest rates of the 1980s.

With a good head for math, he fell into economics in college and never looked back.

The former ANZ chief economist had his day with Treasury and Stats NZ, but now works for himself – with Bagrie Economics and as a co-founder of the new company Chaperon.

Bagrie has also served as a director on the board of directors of the Life Education Trust for the past two years and has had a particular interest in leading the financial literacy program for children.

He was instrumental in launching the Trust’s new school program, Money Mojo.

“It’s only small, but we launched Grade 10 last year – you can’t take Hiccup the Giraffe in Grade 10 in high school.

“What’s the biggest barometer we can look at today and see where New Zealand will be in 30 to 35 years? I would say it’s the education sector.”

The Money Talks podcast series is not about personal finance or economics, but only well-known New Zealanders talking about money and sharing stories about the impact it has had on their lives and how it shaped them.

You can find new episodes in the Herald or subscribe to iHeartRadio, Spotify, or wherever you get podcasts.