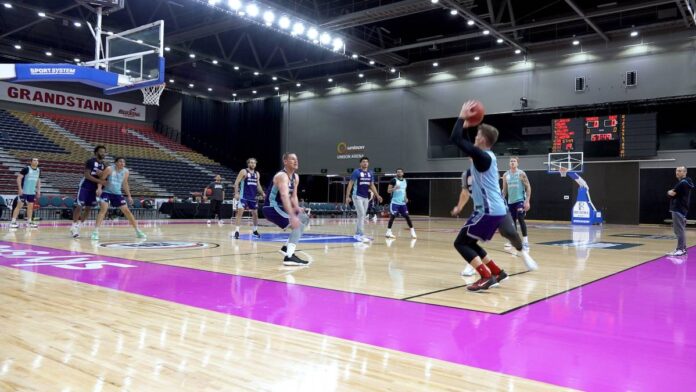 The Breakers discover the next Tom Abercrombie. Made with funding from NZ On Air.

Sixty young players from the Rotorua Basketball Association had the chance to watch professional basketball players practice in a private session today before an NBL game in Rotorua.

This is the first time that New Zealand’s Sky Sport Breakers basketball team will play an NBL game at the Rotorua Events Center.

Breakers head coach Dan Shamir said visiting the regions is a fundamental part of the essence of his team.

“For me we want to win every game even when they don’t mean much and even when they’re tough, but for me coming here and having people who don’t really see us playing, watching us play, gives more sense of the game. “

The team also held a question-and-answer session and Shamir says he might find the next big star.

“I still hope there maybe a Tom Abercrombie out there who loves basketball, who wants to be a player.

“In all fairness, a lot of great players didn’t grow up on the North Shore and in the center and heart of the basketball district. Many great players come from elsewhere.

“Maybe one of them is in the stands today,” Shamir said.

One hundred tickets were given to Te Kura o Te Koutu where more than half of the school plays basketball.

Sports coordinator Tiki Hunia says the opportunity for them to come and watch a game like this is really great.

“Some of our kids play high performance basketball, play rep basketball and we actually had students, alumni in the past who got scholarships to go play basketball. in the United States, ”he said.

The Breakers face the Cairns Taipans at the Rotorua Events Center tonight.

Made with funding from