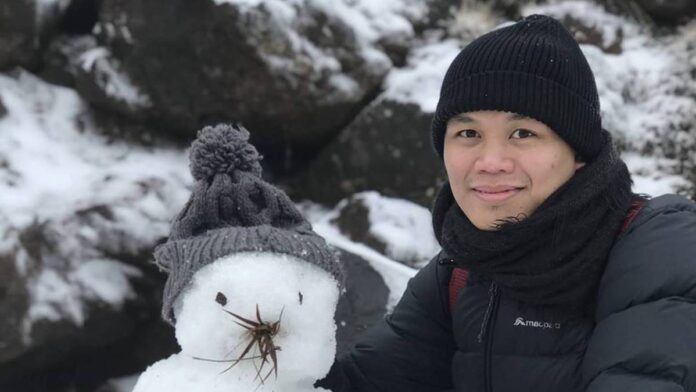 Kenny Espinosa, 28, died in Whangarei Falls in January 2019 while swimming with a friend. His body was not found until the next day. Photo / Supplied

A nursing student who drowned in Northland in 2019 was a confident swimmer but was likely unaware of the dangers of swimming near the waterfalls, a coroner has discovered.

Kenny Espinosa died on January 11, 2019 while swimming with friends at the waterhole under Otuihau, or at Whangārei Falls.

His friends tried to save it – including trying to throw a log to help it float – but couldn’t reach it until it sank, Coroner Alison Mills said in a finding released today. hui.

Espinosa, 28, was originally from the Philippines but lived in Auckland. He and other nursing friends had traveled to Whangārei to see their friend Benjamin Baril, who was moving to the city.

READ MORE
• Police clarify actions regarding drowning at Whangārei Falls
• The cousin of the drowning victim from Whangārei Falls: “Help us pray for Kenny’s soul”
• Kiwis most at risk of drowning in a global study
• Deadly drowning rates in New Zealand shame – deadliest beaches revealed

The group went for a swim in the Mermaid pools at Matapouri Beach before stopping on the way back around 4:30 p.m. at the falls, where Espinosa and Baril decided to take a second dip.

The couple asked a tourist coming out of the waterhole if it was very deep and was told it was. They swam in the shallows first, but then Espinosa headed for deeper water.

Baril, who was not a strong swimmer, stayed, but “Mr. Espinosa was known to be a competent swimmer,” the coroner said.

Espinosa then began to struggle after about two minutes, according to Baril – calling for help and waving his hand in distress. Baril shouted for others to help and tried to throw a log towards Espinosa, but to no avail.

Two other tourists also dived in the water but could not reach Espinosa, despite several dives looking for him. Another member of the public called 111.

By the time police arrived, Espinosa had been underwater for at least 10 minutes, the coroner found. The police could not find him in the water, which had poor visibility.

The next morning, police and search-and-rescue divers found his body, about 25m from the edge of the waterhole, in water 6m deep.

The coroner said he was concerned about the lack of signage at the water point. Although there were signs in the area, they were limited and not visible from the waterhole area, she said.

She recommended that the Whangārei District Council review the signage at the falls and consult with emergency services on appropriate content – such as warnings about depth, slippery rocks, sudden drops, and general advice on buoyancy in the water. pure water.

Signs should be placed on either side of the waterhole as well as at the top of the falls, she said. She also wanted the council to install life-saving equipment such as a fall lifeline – saying such a device “may have increased Mr Espinosa’s chances of survival.”

The board said it would comply with the recommendations.