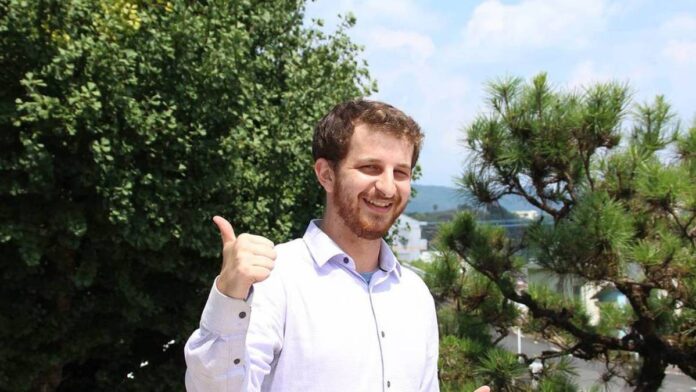 The family of a young New Zealander who died in a psychiatric ward in Japan celebrated the fourth anniversary of his death with a new call to end the practice they say killed their son.

Kelly Savage died in Yamato City Hospital on May 17, 2017, a week after suffering a heart attack and more than two weeks after being hospitalized with mental health issues.

His family believe he died after suffering from a blood clot, after being tied to a bed in the psychiatric ward for 10 days without being released.

After authorities at Yamato Mental Hospital refused to explain or investigate the circumstances of Kelly’s death, her family launched a public campaign to draw attention to the practice in Japanese mental hospitals of withholding patients. patients for long periods.

In a letter to the Herald, Kelly’s parents, Michael and Martha Savage, said a study of police autopsies revealed 47 deaths suspected of being caused by mechanical stress in mental hospitals from 2016 to 2018.

They said the number of people held in Japanese mental hospitals more than doubled in 20 years, reaching 12,528 in 2017.

“Most other developed countries around the world only use mechanical restraints under extreme circumstances, and only for a few minutes to a few hours at a time,” they said.

“Recent research has shown that mechanical stress is used in Japan more than 150 times more often than in the United States and 1900 times more than in New Zealand.”

Kelly Savage, 27, of Wellington, had a history of mental illness and had previously been hospitalized in New Zealand.

But he had recovered and in 2017 was enjoying life in Japan as an English teacher, where he had lived for almost two years.

He was admitted to hospital after “severe psychotic depression linked to his bipolar disorder,” his parents said.

“From the time he was admitted until his fatal cardiac arrest, he was tied to a bed.”

“A probable cause of death is that Kelly suffered from a blood clot in her legs as a result of the restraint for 10 days, and this blood clot traveled to her lungs.”

The Savages said a petition calling on the Japanese government to reduce restraints had been signed by 31 psychiatrists around the world and a complaint against Japan had been taken to the ethics committee of the World Psychiatric Association in 2019.

An online petition to the Japanese government for the reduction of mechanical stress also collected 13,000 signatures.

“None of these efforts will bring our beloved son back, but I hope they can help prevent other families from having similar horrific experiences.”