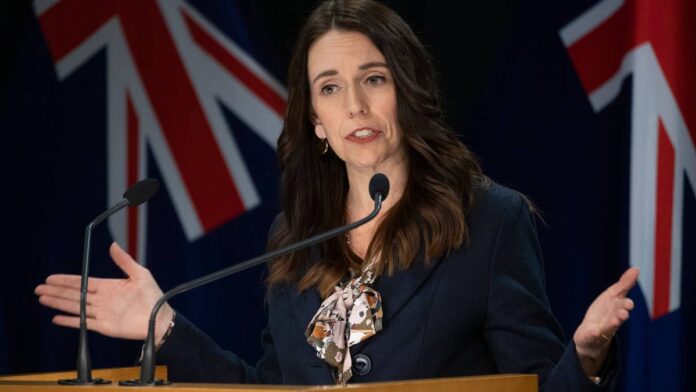 Prime Minister Jacinda Ardern said the government had considered exemptions for farmers and traders for its tax rebate program – but ultimately decided not to apply them as they would be “difficult to implement”.

The program, announced on Monday, aims to increase the number of electric and plug-in hybrid vehicles in the country and aims to reduce greenhouse gas emissions in line with the Commission’s advice on climate change.

Under this program, drivers who purchase new cars on or after July 1 will be able to obtain taxpayer-funded rebates of nearly $ 8,700 for a new electric or plug-in hybrid car, and about $ 3,500 for used cars.

These would be funded by levies based on emission levels applied to new gasoline-powered cars up to $ 5,875 and up to $ 2,875 for imported used cars.

The fee will be applied from January next year and could add nearly $ 3,000 to the cost of the two major imports – the Ford Ranger and the Toyota Hilux.

Farmers and traders wondered if there would be electric or hybrid alternatives for utility vehicles, and Federated Farmers called for an exemption for farmers.

Speaking to the media while in Fieldays today, Ardern said an “exclusion” for farmers and traders was being considered.

“We paid great attention to them and we were very sincere because we recognize that there is no alternative on the market at this time.

“We recognized that there is a backlog in technology right now, but after discussing, debating, working on it, it was going to be very difficult to operationalize.”

The program also reignited the debate over whether SUVs and utes were work vehicles or fashion choices for city dwellers, which Ardern alluded to, saying many users of these vehicles were not. traders or farmers.

She hoped that electric or hybrid utility vehicles would be available within two years.

“The lead times we hope will be relatively short. We have about 12 to 24 months from today before manufacturers indicate that we will likely see hybrids or EVs in the market.

“Until then, none of this applies to existing vehicles in the country, those on the used market, those already here. This is only for new and new imports.

“So there are options to avoid the fee regime. “

Toyota New Zealand has questioned whether electric vehicles could hit the market in the next two years, while the Motor Industry Association said hybrid vehicles could become more widely available by 2025.

Ardern stuck to his timeline.

“There are of course other manufacturers that they wouldn’t choose to name who are considering electrical options over the next 12 to 24 months.

“My point was that there are alternatives that will not attract a fee that are promoted as in the pipeline by the manufacturers.”