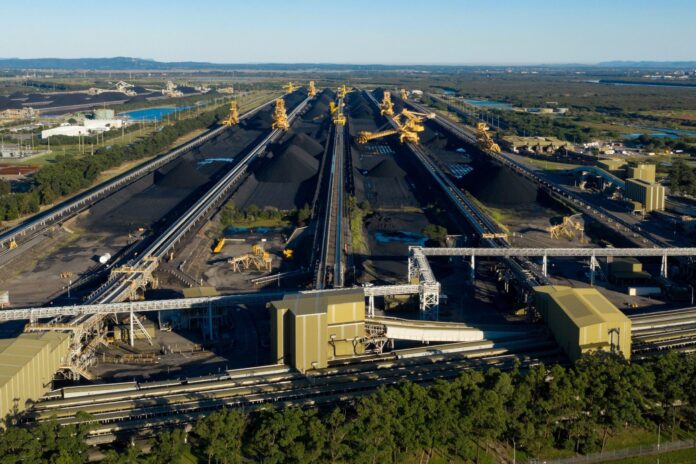 The prices of the dirtiest fossil fuels are skyrocketing as warm weather in North Asia increases the need for air conditioning, adding to already strong demand due to industrial recovery from the pandemic. Safety concerns at mines in China, heavy rains in Indonesia and disruptions in Colombia are limiting production.

The surge in prices comes against a backdrop of the existential coal crisis, with climate policies making it increasingly difficult to invest in new projects. The squeeze might not change that, but it offers miners a boon while it lasts.

“We could have high prices in the fourth quarter,” said James Stevenson, senior researcher for coal, metals and mining at IHS Markit Ltd. in Houston. “But this is not a structurally strong demand. You are probably better off taking advantage of the higher income than investing it in a new production.

As is often the case with coal, the story begins in China, which extracts and burns half of the world’s supply. As the first major economy to rebound from Covid-19, factories there have been hot for some time, and this has recently received an extra boost as the recovery takes off elsewhere. However, a series of fatal mining accidents prompted Beijing to crack down on unsafe practices.

The resulting drop in production was exacerbated by the increase in electricity use in the midst of a warmer-than-normal summer, which followed extreme cold last winter. Higher demand forced several provinces to cut electricity supplies to factories in December, and more than 20 cities in southern China have done the same in recent weeks.

Coal prices have also been helped by problems, at least in part, from Beijing’s own manufacturing. The government refuses to accept coal from Australia, once its number two supplier, amid a geopolitical feud. China’s benchmark thermal coal futures hit a record high last month and are more than 50% higher than they were a year ago. Futures fell on Friday, falling as much as 5.9%.

Indonesia, currently the primary source of coal for Asia’s largest economy, was hit by heavy rainfall. This saw total shipments drop about 15% below pre-virus levels, Morgan Stanley said in a note this week. Indonesian coal futures on the Singapore Stock Exchange also hit a record high in May.

Colombia’s Cerrejon mine was hit by a railroad and port blockade last month. The company announced on May 30 that it would gradually reopen.

Even with the import ban imposed by China, Australian coal futures are increasing thanks to purchases from Japan, South Korea and Taiwan. Spot prices for high-quality thermal coal in Newcastle port reached their highest level since 2011 on Monday.

The tip is spreading in Asia and around the world. Coal in Northwestern Europe rose about 20% this year and hit its highest level in two years on Tuesday.

European prices have recovered this year due to colder-than-usual weather on the continent and lower inventories at ports, said Matthew Boyle, head of coal and energy analysis. Asia at S&P Global Platts. “There have been disruptions with Colombian exports, which is a big supplier to Europe, while Russian coal has been diverted to Asia,” he said.

The global boom is unlikely to benefit US producers, where the price increase has been more modest. American miners have always been keen on exporting, but many are unable to take advantage of soaring prices. They have declined as power producers buy less coal as part of a switch to renewables, and have also been hit by labor shortages due to the pandemic.

U.S. production in the first quarter was down 6.9% from a year earlier, meaning many large suppliers simply don’t have much tonnage available to ship overseas, Andrew said. Cosgrove, mining analyst at Bloomberg Intelligence. “These guys aren’t looking to ramp up,” he said.

The question now is how long will the global price recovery last? Goldman Sachs Group Inc. raised its 2021 and 2022 forecast for Newcastle coal this week due to strong demand and the difficulty of licensing and building new mines in Australia. Morgan Stanley, on the other hand, expects a correction in the fall in the north as it sees the market in surplus when supply begins to recover.

Even with increasing demand from China, IHS estimates that the global consumption of thermal coal transported by sea is at least 55 million tonnes lower this year than in 2019, as major users like India battle the virus. While the market is tight in the near term, there is still sufficient capacity for later in 2021, Stevenson said. “This is a bad peak to invest in. Mid-term fundamentals are still bearish.