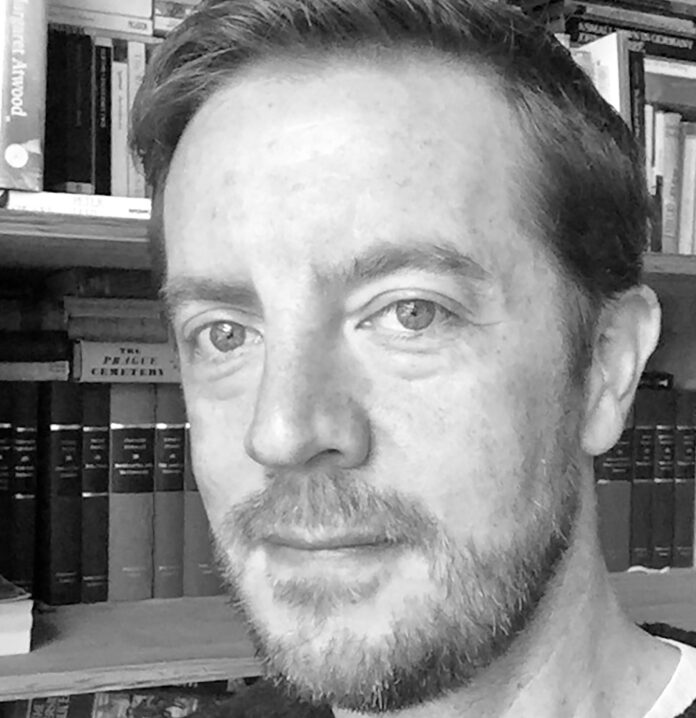 The DA recently raised a petition against changing the name from William Nicol Drive to Joburg, claiming the cost of the change far outweighs the benefit. There is of course another policy at play. Central to the argument is the fact that the ANC-run city of Johannesburg wants to change the name to Winnie Madikizela-Mandela Drive.

On Monday April 26, 2021, the ANC escalated rhetoric surrounding the name change from William Nicol Drive with the party’s Deputy General Secretary Jessie Duarte leading a group to the side of the road to show support for the name change . But even here the divisions of our country were exposed with the presence of some MKMVA members supporting Ace Magashule. Duarte, therefore, was placed in the position of having to declare that those in camouflage uniform did not “represent our aspirations.”

Philosopher RG Collingwood suggested in his book: “The principles of art ”, that the names of roads and statues were examples of “magic”. He likened them to a rain or a war dance. No one, he argued, really believes that a war dance will bring you victory – they give emotional confidence. Likewise, no one believes that rain dances will bring rain – they are community building exercises.

As he wrote, these rituals “produce in men (sic) an emotional state of willingness to endure. [tragedies and droughts] with courage and hope ”.

This is precisely, Collingwood continues, what things like statues and road names do in modern societies. They are magical in that they are intended to arouse emotions that bring unity within a political or social unit.

“Magical activity is a kind of dynamo feeding the mechanism of practical life with the emotional current which animates it. Therefore, magic is a necessity for every kind and condition of man (sic), and is in fact found in any healthy society. A society which thinks, as ours thinks, that it has survived the need for magic, is mistaken in this opinion, or else it is a dying society, which perishes for lack of interest in its own maintenance.

This is probably why we called the emotion of reconciliation in the 1990s, “Madiba Magic”. Mandela has truly had, in Collingwood’s words, a magical effect on us – an effect that now seems almost impossible to replicate in our shattered, awakened or unawakened society.

The ANC was once a dominant force in the world for having, at its center, the notion of being a “great church” – an organization that was multiracial, multiethnic, multilingual, multicultural and ideologically pluralistic. In fact, in many African countries the ANC was looked down upon for taking this rather than pan-Africanist approach.

The ANC has a truly unique history in Africa. It used to take the notion of reconciliation and plurality very seriously, and it has suffered deeply in South Africa and around the world.

Reconciliation has been the basis of all our good stories; radical identity politics that divides at our worst. But where are these voices now?

The DA leads his petition to stop the name change from William Nicol Drive to Joburg. Whether knowingly or not, they apparently wish to maintain the “magic” of one of the founders of Broederbond, and one of the theological architects of apartheid.

Jan Smuts called Nicol and his associates a “dangerous, cunning, political and fascist organization”. And even JBM Hertzog denounced Nicol and his brothers for their secret racist programs. Maintaining the Nicol name is simply not appropriate for the society we live in.

But the ANC structures which propose the name change cannot do without sanctions in the matter. In their attempt to call it Winnie Madikizela-Mandela Drive, they know full well that they are stoking the flames of division. In saying this, there is no doubt that Winnie Mandela led a deeply tragic life. Helen Suzman said in an interview in 1998:

“He’s a remarkable person in so many ways. I don’t think most people know what she’s been through; she has been detained time and time again, she has been harassed by the special branch… she spent 17 months in solitary confinement and she was banished for eight years to a one-horse town.

To be sure, the apartheid security forces have committed despicable, heinous and unforgivable acts against it. But as a result, she reacted in a way that is deeply controversial. From the 1980s, she was painted as black beast number one by the white apartheid regime. Part of this, it must be said objectively, was of its own making. The infamous football club Mandela United, which protected her, has done some truly terrible things. The murders of young activist Stompie Seipei and Dr Abu Asvat, who died in the arms of her assistant Albertina Sisulu after being shot during her operation, have always been linked to her and to MUFC. She was convicted in 1991 of kidnapping Seipei.

When these matters were brought up to the TRC, it denied any knowledge of these events. However, Bishop Paul Verryn and many men who suffered at the hands of his football club have testified to his involvement. The head of the TRC, Archbishop Desmond Tutu, after hearing all these testimonies, appealed to him with emotion. Looking at her from across the room, he pleaded:

After consulting with her lawyers, she offered this in response:

“I take this opportunity to tell Dr. Asvat’s family how sorry I am. And to Stompie’s mother, how sorry I am. I already told him a few years ago when the heat was very hot. I’m saying, it’s true, that things have turned out badly, I totally agree with that. And during that part of those painful years when things went wrong and we were aware that there were factors, and we were aware of that, I am deeply sorry.

However, many of those affected by Mandela United Football Club’s activities were not convinced or satisfied with the apology – she did not offer a full confession.

Others will go on to mention the now almost forgotten letter written to Dali Mpofu which suggested that she was involved in corruption. These pieces of history have not been resolved for many years, and they constitute an emotional tinder box – one that the DA and both ANC factions seem to want to play with.

And because of these controversies, it seems that calling the road by name will only stir up old divisions and stoke the fires of hatred. Perhaps we should remember that segregation is precisely what William Nicol stood for. Why do we need this right now?

There are many whose names evoke a more reconciliatory magic, from trade unionists to politicians, including artists and writers: Lillian Ngoyi, JB Marks, James Phillips (the trade unionist or for those who want to think of him as the singer, they can ) Pixley ka Seme, Alfred Xuma, Ruth First, Ahmed Kathrada, Ernest Mancoba, Gerard Sekoto, Esther Mahlangu or Schreiner (all commemorating Olive, WP, Oliver and Jenny. As an ANC precedent, Sol Plaatje named his daughter in honor of Olive).

At the root of it all seems to be party politics and perhaps with the October elections in mind. If they are, it’s deeply unpleasant, and they ultimately use people’s names to divide us. And neither side seems particularly interested in representing the country’s common aspirations.

In the name of reconciliation and as a step beyond the cultural wars of (non) revival, can’t the ANC and the DA find themselves within themselves to engage in the magic that could help us? DM

Matthew Blackman is co-author of Rogues Gallery: An Irreverent History of Corruption in South Africa (Penguin Random House). He has written as a journalist on corruption in South Africa, as well as art, literature and history. He holds a PhD from the University of East Anglia. He lives in Cape Town with an unnamed purebred dog.