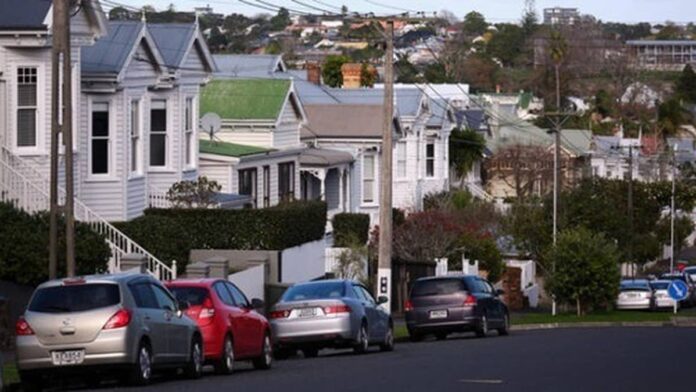 The dream of homeownership is fading for many New Zealanders and a new report has found that eight in ten believe it is now impossible to buy a home.

With a post-Covid surge in already high house prices, concern among New Zealanders is increasing, according to The Kiwi Family report in 2021, commissioned by OneChoice.

According to the data, four in five home hunters feel left out of the real estate market and seven in ten lose hope that they will ever be able to buy their own home.

The growth of the real estate market has been one of the main stressors for New Zealanders, according to the report.

“We can say that there has been a growing income gap between renting and owning, where home ownership is increasingly out of reach for low-income households,” Squires said.

“Stretching to the point where many young people see themselves as a generation of renters rather than owners.”

Squires said homeownership was unattainable for the majority of young people without support.

“In addition to the pressure, the social normalization that homeownership will increase social well-being. “

Despite the high house prices, the report found that house hunters were still keen to move up the property ladder.

Seven in ten people say that the main motivation for buying a property is to stop paying rent.
The overwhelming majority (93.8%) of the 503 respondents said rent was too expensive in New Zealand.

In Auckland, an average house costs nine times the annual salary, according to data from CoreLogic.

The Home Truths series found that three in four New Zealand children moved at least once before the age of 8. Forty percent of Kiwi children moved regularly, and those who rented were more affected.

“Five years ago, buyers could expect to buy a home for less than a million dollars in more than 50% of Auckland’s suburbs.

The OneChoice Kiwi Family Survey also found that house hunters were not unrealistic in their hopes of becoming homeowners.

More than three-quarters (83.1%) said they didn’t care if their first home wasn’t their dream home as long as they owned a property.

More than half of the respondents made sacrifices such as reducing their lifestyle expenses and a third pooled their resources with family or friends to buy a house together.

Despite low expectations when looking for their first home, the report found that first-time buyers wanted the same when it came to buying a home. Value for money was the number one consideration for 70.5%, followed closely by living in a safe neighborhood at 67.5%.

In addition to highlighting the struggle to access the ownership ladder, the OneChoice survey also found that 43.4% of New Zealanders were concerned about living paycheck to paycheck.

About two-fifths (41.1%) were concerned about the future security and stability of the labor market.

More than half of those polled worried that wages did not keep up with the cost of living.

The report revealed some bright spots in New Zealand as we recover from Covid-hit 2020.

According to the report, the difficult events of 2020 had a positive impact on families, with more than two-thirds (68.9%) saying relationships between family members improved despite Covid-19.

Six in 10 believe they have become much closer as a family and are now spending more quality time together.

People with children at home agree that the pandemic has improved their teamwork skills: three-quarters said as parents they have become “dynamic duos”.

Most of those polled said there had been no change in their plans to have a baby, but one in seven felt the need to delay starting a family due to the safety of having a baby. Covid-19 (33.3%) and economic reasons (29.6%).

However, there was less hesitation in adding a fur baby to the family. Almost a third of people said they bought / adopted a pet or plan to do so, in order to test the waters before having a child.