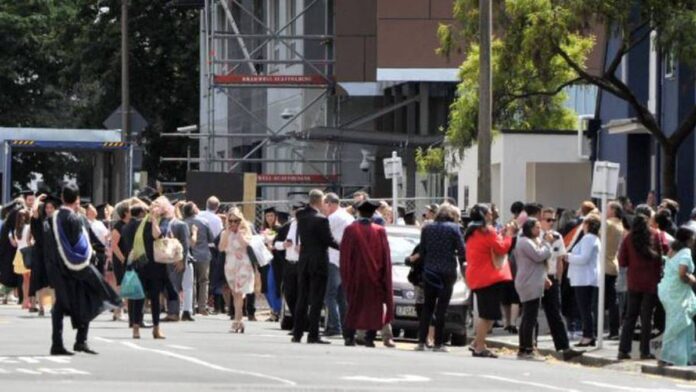 Dr Megan Gibbons will keep her fingers crossed, avoid ladders, and watch out for black cats in the hopes that it will be ‘lucky third time’ and she can finally give her first graduation speech as Otago CEO Polytechnic at the ceremony tomorrow. .

Gibbons began work on his speech for the December 2020 ceremony, but it was postponed due to a bomb threat.

Then she refined a second version for the rescheduled March 2021 event, but a Covid-19 alert level change paid for that.

So now she hopes her third attempt will be charmed.

“It has been a little over 12 months since I was appointed CEO, but this will be the first graduation ceremony for Otago Polytechnic that I will lead,” she said.

“Unfortunately, we had to cancel the December and March graduation ceremonies – which greatly disturbed many learners and their whānau, as well as our many hard working staff. So there is a lot to celebrate on Friday. ”

Gibbons will be joined tomorrow by more than 280 graduates, who were unable to cross the stage in December or March, and another 2,200 will graduate in absentia.

Notably, Otago Polytechnic will be celebrating its first PhD selection – Adrian Woodhouse, who will receive a PhD in Professional Practice.

He will be among the participants in the School of Dentistry pre-graduation parade at Dunedin Town Hall tomorrow.