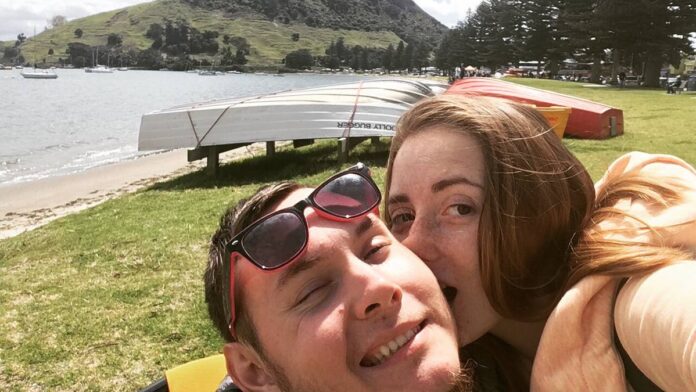 Evgenii Liapin, in a wheelchair, is hopeful after the INZ announced that she would reconsider her decision to deny her work visa application. Photo / Supplied

Russian international student Evgenii Liapin had hopes of getting a post-study work visa following a job offer as a social media manager.

Liapin, 26, was denied a work visa by Immigration New Zealand after completing a graduate program in public relations because he suffers from Kueburg Welander’s disease, a form of muscle disorder, and must use a wheelchair.

The INZ said in the initial rejection that Liapin does not have an acceptable level of health and believes it is likely to impose significant costs and demands on New Zealand’s health system.

However, a spokeswoman for the agency told the Herald that it was reconsidering the decision made regarding Liapin’s candidacy.

“INZ has contacted Evgenii and invited him to request a review of this decision,” she said.

“As INZ will be reconsidering this visa application, we are unable to comment on the initial decision at this time.”

Liapin said he was delighted with the news and believes he has a lot to contribute to New Zealand.

“INZ was so wrong in saying that I need a caregiver and all that, I can be independent and I am thankful that there are people who believe in me,” Liapin said.

He was offered a casual role as a social media manager at Denim for Dogs Limited, a Kapiti Coast-based sustainability startup that turns discarded denims into dog toys.

The offer is conditional on obtaining the legal rights to work here.

In this role, Liapin will manage the company’s social media accounts and develop and maintain relationships with suppliers, customers and stakeholders, as per the job description.

He will also be responsible for helping drive sales and promotions for Denim for Dogs.

“I believe I have so much that I can contribute, not only to this company, but also to New Zealand,” Liapin said.

“It is indeed good news that INZ is reconsidering their decision, I really hope they give me a chance.”

Liapin is also fighting to get the visa so he can stay with his 26-year-old wife, Elizabeth Larina.

Larina is also from Russia and she obtained a post-study work visa after graduating from the University of Waikato, where she studied cell and molecular biology.

Liapin described Larina as his mate and best friend.