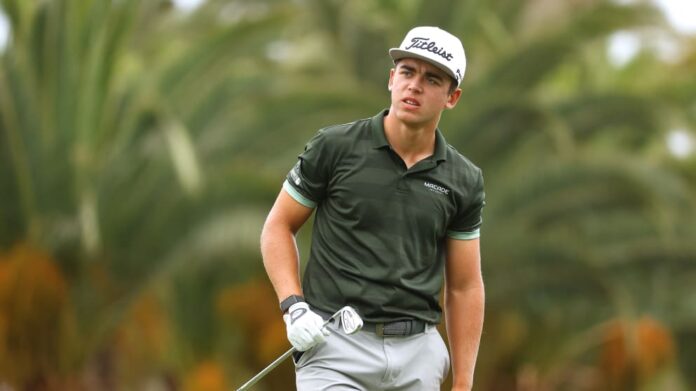 With the final date of the Tokyo Olympic qualifiers on June 21, At Garrick Higgo His rise to 39th place in the official golf world rankings means he has become a likely choice for South Africa to compete in the Games which are due to start on July 23.

His rise to the world list is the result of his PGA Tour victory this weekend at the Palmetto Championship in South Carolina, and he climbed 15 spots from last week’s standings when he won the title. .

Qualification for men will be based on the world rankings as of June 21, with a total of 60 qualified players. The top 15 players will qualify, with a limit of four golfers per country that can qualify in this manner. Beyond the top 15, players will be eligible based on the world ranking, with a maximum of two eligible players from each country that does not already have two or more players in the top 15.

Currently South Africa’s top ranked player, Louis Oosthuizen, will be the other player to put on the green and gold in Tokyo, but given his decision not to play Rio in the last Olympiad, and the health issues surrounding the games – if not engulfing the world – it seems likely that the second choice will probably go to Christiaan Bezuidenhout, who was supplanted as South Africa’s second best player by Higgo in the latest ranking.

It’s been a good week for South Africa on the list, with only Bezuidenhout in the top 10 slipping. His two-seater descent is due to the fact that he did not compete in the Palmetto Championship, preferring to train the week before the US Open.

READ | US OPEN NEWS: 5 OTHER SOUTH AFRICANS PLAY THEIR WAY IN THE TORREY PINES FIELD

Oosthuizen, Branden Grace, Dylan Frittelli and Dean Burmester were all unchanged in the world top 100, while Higgo, Daniel van Tonder, Erik van Rooyen, Brandon Stone and George Coetzee were all in place – Coetzee’s two-position rise carrying him in the 101st, and on the verge of re-entering the world top 100.