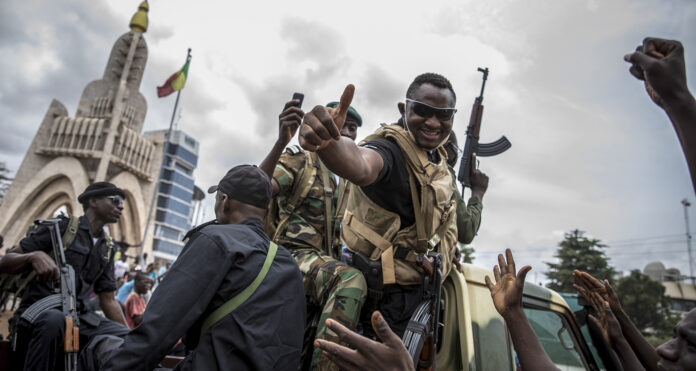 PARIS, June 3 (Reuters) – France on Thursday announced it was suspending joint military operations with local troops in Mali as part of efforts to pressure the military junta to restore a civilian-led government.

“Requirements and red lines have been set by (the West African regional bloc) ECOWAS and the African Union to clarify the framework for the political transition in Mali. It is up to the Malian authorities to react quickly, ”the French Ministry of the Armed Forces said in a statement.

“Pending these guarantees, France, after having informed its partners and the Malian authorities, has decided to suspend, as a precaution and temporarily, the joint military operations with the Malian forces, as well as the national advisory missions of which they benefit.

A spokesperson for the Malian army declined to comment on what he called a political issue.

France, the former colonial power, has thousands of troops across the West African country as part of a larger counterterrorism force targeting Islamist militants.

French forces will continue to operate separately in the country and the decision will be reassessed in the coming days, the ministry said. (Report by Tangi Salaun in Paris and Paul Lorgerie in Bamako; Writing by John Irish; Editing by Chizu Nomiyama)