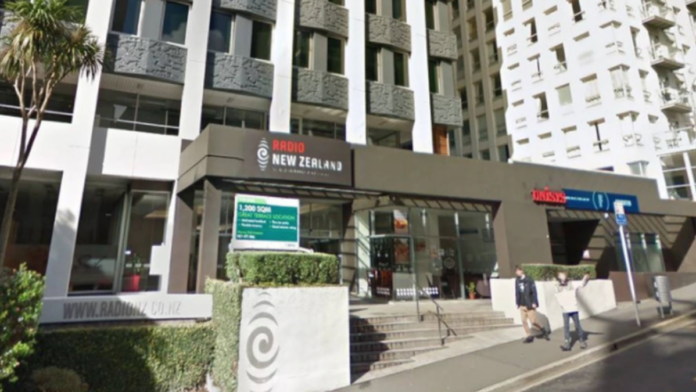 A former RNZ Concert employee who claims she was slapped by a colleague calls for an investigation into the bullying and sexual harassment at the broadcaster.

The woman, who was almost 40 at the time, claims she was sexually harassed five years ago and when she reported it to HR, the man suffered no consequences.

Her story comes after The Herald revealed that five people in the past five years had been reported for sexual harassment or sexism at the broadcaster.

While at RNZ Concert – the arm of the classical music network – she said a senior colleague inappropriately touched her several times, including placing her hand on hers as she worked alone in a desk.

“I just thought, I’m too old for this shit. Not that I think you should go harass someone else but, you know, you kind of think about what you’re doing.”

On another occasion, the woman said the man came up behind her, put his arm around her and was “sensitive” around her neck.

“I was just thinking ‘don’t touch my neck you know you’re not my friend’.”

After the second time around, the woman said she still didn’t want to do anything because she felt “embarrassed” and thought people might not believe he would harass a “little old lady” as opposed to a young one. wife.

“[I] I just didn’t want to believe he would behave like that. “

At that time, and due to a restructuring, the woman says she was offered a new position for which she could apply, but decided not to and resigned instead.

After her resignation, she said the coworker sent what she considered a “scary” message.

“I saw the email and just shivered. I can’t, I don’t have an answer to that, it was just… awful.”

Shortly after, she said she was standing and talking to another member of staff when the man approached her and whispered in her ear “You didn’t answer. to my email “while slapping the side of her butt with the back of her hand.

The woman met with HR, who she said apologized on behalf of the company.

She was told that the human resources person spoke to the man, who said he did not remember any issues but was perhaps standing too close to her.

This is the last time she hears about the situation and says she left without being fired because she didn’t want to work four more months in the same office as the man to get the payment.

“I just felt drained, unconfident and I felt like ‘God, what did I do wrong’.”

She is still not completely “over” and said it affected her in the years that followed.

“I don’t think anyone suffered any consequences, I was the only one who really paid the price.”

She hoped that by sharing her story there would be some form of investigation into the state broadcaster.

“They are not above public scrutiny, and sometimes they may think they are.”

The man no longer works for the company, according to an email sent to all RNZ employees by chief executive Paul Thompson.

Thompson, who sent the email to staff following the Herald’s investigations, said he would “seek to meet with the complainant and ensure that we address the concerns appropriately.”

“It is therefore opportune for me to reinforce once again the crucial importance that we place on everyone at RNZ feeling supported and safe and able to raise concerns and deal with them fairly and expeditiously”, said he declared.

In a statement, a spokesperson for RNZ said he was very concerned that a former employee had this experience with RNZ and would welcome the opportunity to speak with her.

“Dignity in the workplace has been a key goal for RNZ over the past two years and as a result we have a zero tolerance policy towards bullying and harassment and have more HR processes in place. robust. “

The spokesperson said security was a priority and they believed the current policies and processes were strong and appropriate.

“Although we are aware that this may not always have been the case in the past.”

The Herald reported last year that a senior RNZ staff member was dismissed – then left the broadcaster – after allegations of sexual harassment.

It is understood that more than 15 people were interviewed in connection with this investigation.

One of the women, who asked not to be identified, told the Herald at the time that in her opinion he was a “scary” man who preyed on vulnerable young women.

She then said she was “the source of some of his sexist comments” and that she believed he did it on purpose to make some women uncomfortable.