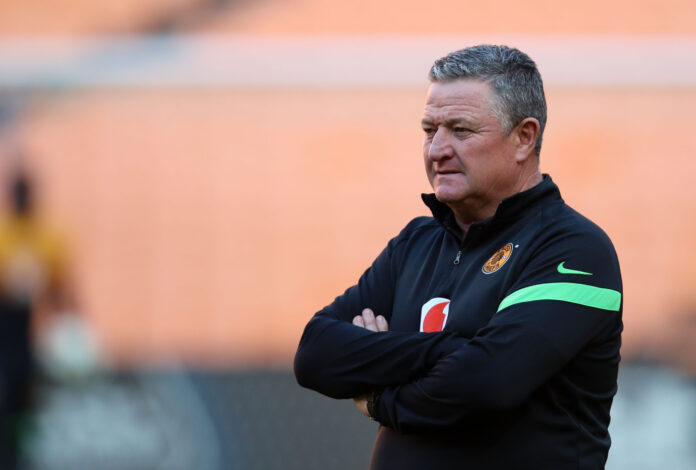 Former Kaizer chefs coach Gavin Hunt only himself to blame for his fall to the Soweto giants, says former goalkeeper and coach Joseph ‘Banks’ Setlhodi.

Hunt joined Kaizer Chiefs last September, signing a three-year contract, but was released by Amakhosi with two games remaining in the 2020/21 DStv Premiership due to a poor performance in the league despite leading the league. team in the semi-finals of the CAF Champions League.

Amakosi finished the championship season in a modest eighth position.

In an interview with Soccer Laduma, Setlhodi believes that Hunt’s poor overall performance at Kaizer Chiefs was due to his lack of good relations with the players.

“In football, to get results and win trophies, you have to win the players first. Put the players in your pocket and close the pocket so you know you are safe. But if you go alone and talk badly about the players, they will destroy you ”, said Setlhodi.

“I speak from experience and I know exactly what I’m talking about. Look what happened at the Chiefs (under Hunt), just because these players aren’t good doesn’t mean they performed poorly like they did, but it was because of the coach attitude.

“As a coach you don’t have to listen to the players too often, but they have the right to talk to you and bring up their issues. You don’t have to neglect them, and you have to make them feel that they are a part of you ”, he said.

Setlhodi added that he felt from watching Lebogang Manyama and Itumeleng Khune that the players weren’t happy playing for Hunt and giving the required 100% on the playing field.

“I’m talking about the senior players who can make a difference and win the game for you. I’ll give you an example from myself, when I took over the coaching job at Kaizer Chiefs in 1981. I was a player and I played with the same players that I coached. At that time, I was the reserve guard of Peta Bala’c.

“Whatever I did, I did it with the players. I was not the only one doing things ”, Setlhodi concluded.