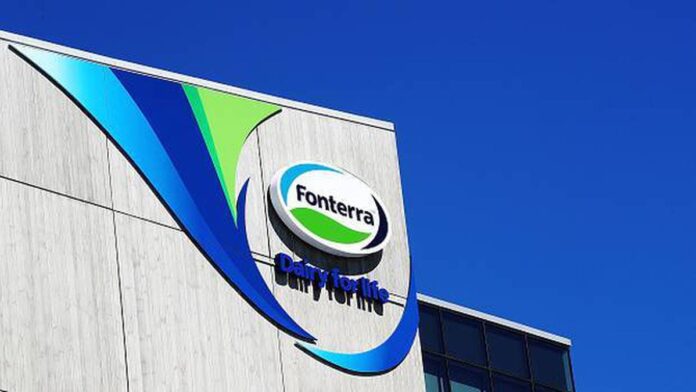 Fonterra offers its latest dashboard of sustainability efforts ahead of the full report. Photo / File

Dairy industry leader Fonterra reported an 11% reduction in greenhouse gas emissions from coal in fiscal 2021, mainly due to energy conversion at a single manufacturing site.

COO Fraser Whineray said the reduction was achieved primarily through the switch from coal to renewable wood pellets at Fonterra’s Te Awamutu site in Waikato, and that it was a big steps towards achieving the large cooperative’s 2030 objective and the objective of phasing out coal by 2037..

It was a major contributor to a global 6.5% reduction in GHG emissions from scopes one and two, said Whineray in an overview of sustainability progress ahead of the release of Fonterra’s fifth full sustainability report. next week, as well as the full year results for fiscal year 21.

However, New Zealand’s on-farm GHG footprint increased slightly in part due to the increased proportion of palm kernel extract in complementary feeds.

“Committed to phasing out coal by 2037 at the remaining nine sites, Te Awamutu has provided significant GHG reductions and greater confidence to undertake our next project at our Stirling cheese site in Isle of Man. South. Stirling will become our first energy site, ”said Whineray.

“We are already one of the most carbon-efficient dairy nutrition producers in the world, and there is still a long way to go.

“It is important that we continue to make progress in our operations to complement the meaningful innovation and change of our farmer-owners. One of the ways we support their activity on the farm is through the cooperative difference.

Whineray said that program payment for milk went into effect this season.

In addition to enhancing the quality of milk, it rewards farmers for demonstrating on-farm concern for the environment, animals, people and the community.

For the 2020-2021 season, there was a 25% increase in the number of farms reaching the high point and midpoint, with around one-third of farmer-owners recognized in the overall program.

“We are on track to reach our target of 100% by 2025 and these are provided free of charge to all farmers in Fonterra.”

“Our gender pay gap has narrowed in all job categories. In New Zealand, the cooperative is now at 3.8% on a median basis, compared to the national average of 9.5%.

“We also recently extended our parental leave in New Zealand, so employees will now have their government parental leave coverage supplemented to 100% of base pay or salary for 26 weeks.”

In other areas, Fonterra was a finalist in this year’s Sustainable Network Awards, for a project in Maungaturoto where, for the first time, it used a natural wetland process to help recycle water for reuse on the ground. site.

94% of product packaging sold in Australia was now made from materials ready for recycling.

The company had continued to invest in R&D to find on-farm methane mitigation solutions, including an algae trial, the Kowbucha ™ project and our partnership with DSM seeking to limit methane production by cows. .

Since the beginning of the Living Water partnership with the Department of Conservation, Fonterra has carried out 36 trials of tools and solutions, nine of which have been developed for wider use.

It carried out 48% of the 128 partnership actions during the first three years of its sustainable capture program.

On the people sustainability front, 13 new apprentices joined in January as part of a commitment to recruit 44 additional apprentices by the end of 2022.

Over the past year, New Zealand employees have increased their on-the-job training and retraining hours by 28.1%, which is set to double by 2025 in support of the ‘Aotearoa New Zealand Skill Pledge.

Over 180,000 breakfasts per week were delivered through the KickStart Breakfast program, a partnership with Sanitarium and the government to deliver milk and Weet-Bix, now to 1,300 schools.