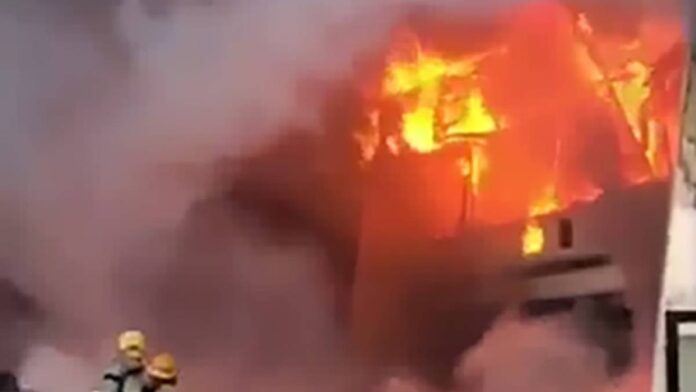 Fire crews remain at the scene of a large factory fire in East Auckland.

Tī Rākau Drive, near Pakuranga, was closed during rush hour last night after a plastic factory caught fire around 5 p.m.

DO YOU KNOW MORE? SEND US AN EMAIL

As a result of the fire, traffic was blocked in the area while emergency services worked on the scene.

However, one of the westbound lanes of the Tī Rākau promenade remains closed as fire crews continue to monitor hot spots.

Early this morning, a commander of the Northern Fire Communication Team said crews would remain at the site at least until dawn.

No injuries were reported in the incident and the cause of the fire is not yet known.