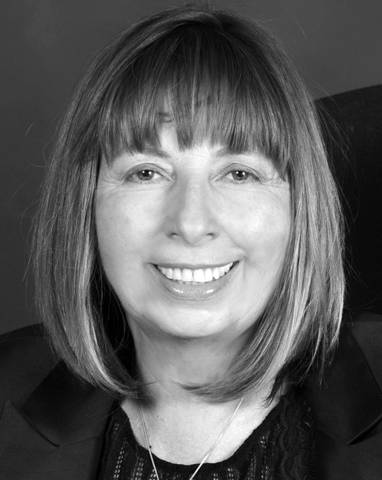 Elections are in the air in South Africa, with the flip side of accountability and electoral reform to achieve greater responsiveness to popular will. However, it will be aluta continued to obtain a solid and comprehensive “system” of accountability. The electoral system is only a tiny part of the overall problem.

The pressure is on the elections and the guilt of the evil government. The local elections on October 27 are a further step with the provisional launch of the elections by the Election Commission this week. She hopes to follow the example of many elections that have been successfully concluded internationally under the conditions of Covid-19. Local elections in South Africa will likely fall between waves three and four of Covid-19.

Given the constitutional task of reforming South Africa’s national-provincial proportional representation (PR) electoral system and the apparent predilection for a system similar to that used at the local level, local elections will be closely watched.

Meanwhile, the Election Task Force that must recommend an electoral system to accommodate independent candidates is operating on a tight schedule. Parliament has until mid-2022 to make the change, and the task force’s report is due on July 23, 2021.

The increased accountability of public representatives (and their parties) is the common thread of these developments. The problem of extracting responsibility in South Africa, as political parties intervene, has been demonstrated in the Zweli Mkhize saga of recent weeks.

As far as Mkhize is concerned, we have seen a convergence of accountability demanded in the public outcry, with opposition parties taking up positions in parliament and court cases being opened. At the African National Congress, the National Working Committee spoke out in favor of discipline and the ANC Integrity Commission said the now-on leave minister would appear before it.

The ANC supported the processes, but also rallied around the Minister of Health. There is a hostile world of opposition politics against which the ANC must defend itself! In the state domain, the Special Investigation Unit is investigating (report expected at the end of June) and the president, in his capacity as state executive, put Mkhize on special leave. Measures to obtain accountability have been established. Yet party and state accountability systems work on different drums – and this is also important for electoral system reform.

Political parties and their cultures are the fly in the ointment of responsibility. As illustrated in the case of Mkhize, both competition between parties and internal dynamics intervene and often hamper the extraction of responsibility. Potentially protracted processes should to be seen for unfold, and fair processes must be put in place to avoid accusations of “purging factions” and “eliminating competition against the president”. The legal and constitutional requirement for a fair process within political parties is an important part of the law, but can also be distorted to defer accountability.

In general, the interpretation of the mandate has been to introduce a constituency representation component to bring independent candidates into the fold of electoral competitions. Over the next few months, the debate changed and the main idea is now that “interest groups” are promoted as the answer to mobilizing accountability… while independents may by chance also participate.

The Inclusive Society Institute seized the opportunity; it promotes a multi-member constituency system (MMC) that converges in many ways with the electoral system South Africa uses locally (50% each for constituency and PR). It is also essentially a regurgitation of Van Zyl Slabbert’s 2003 proposals. The electoral system had to be revised, as the Constitution stipulated that the original proportional system was an interim measure and that a revision had to take place. . Despite the Slabbert report, and probably rightly so, the purely PR system was retained.

The MMC has the obvious advantage that it combines proportionality with the presentation of constituencies. Seen in the broad sense, it is positive. However, once dissected in terms of actual constituency base and partisan politics, it is clear that the problems will persist, even if they are dressed differently.

For example, it is proposed in terms of the particular set of MMS proposals that 300 of the 400 members of parliament be elected in 66 multi-member constituencies, with each constituency having between three and seven members. The deputies will be distributed proportionally among the parties or individuals. (The remaining 100 will be elected by proportional list ballot, to ensure that the system retains its constitutionally mandated overall proportionality.) However, these proposals do not address one of the problems of political parties: these are always will present their lists of candidates. There will still be no direct link between the community and the representative (s).

Even the local-level accountability scheme currently being attempted by the ANC, in which ANC branches will largely go with the most popular and community-approved candidate, is a better option. Another healthy aspect of the current local system is that there is one candidate per neighborhood. The MMC system is multi-membered and responsibility for community affairs is almost always obscured, even when local issues translate into provincial and national action. In addition, as seen at the local level, the dominant party will largely prevail in the constituencies and the opposition parties in the PR segment.

The often logical principles of the proposed MMC system also mask other practical problems. The size of constituencies, if there are 66 nationwide, and around 27 million registered voters in South Africa, would be in the order of 400,000 voters per constituency. When local councilors cannot run city wards with fractions of that number of voters (according to current statistics, around 6,000 with 15% variation allowed up or down), the spirit is mind boggling . Even if there were seven MPs in a particular constituency, they would be from different parties and the number of voters per MP would be over 57,000 at best. Liability will likely remain a mirage.

The hold that political parties have over their representatives will add to an MMC construction being an expensive, unnecessary and delusional exercise. Political parties will not relinquish this power – and their internal processes and expectations of deployed loyalty will remain paramount. Accountability depends on the attitudes and orientations of political parties, not on the electoral system. This is what applies in South Africa.

The independents, the real reason for the current round of scrutiny attempts, will be in the system but will have minor chances against the big parties, regardless of the electoral system. This is a risk they cannot be protected against – it is a game of the number of registered voters and quotas per seat. They can also be accommodated by simply allowing their candidacies to be supported by a personally chosen alternate if the potential Independent Member dies or must resign, as part of a PR system.

As they appear to emerge, the proposed electoral changes pursue the chimera of accountability, while also seeking a way to accommodate independent candidates, in a system that is constitutionally and practically party politics.

Current initiatives are akin to using a hammer to kill a fly due to a mosquito bite. DM

Susan Booysen’s latest book, Precarious power: conformity and discontent under Ramaphosa’s ANC, explores the question of how the ANC, discredited and dishonored in so many ways, maintains its popular and electoral support. It is published by Wits University Press, priced at R350.00 and is available to purchase and order from bookstores and online retailers.

Susan Booysen’s latest book, “Precarious Power: Compliance and Discontent Under the ANC of Ramaphosa,” explores the question of how the ANC, discredited and dishonored in so many ways, maintains its popular and electoral support. It is published by Wits University Press, priced at R350.00 and is available to purchase and order from bookstores and online retailers. Booysen is visiting professor and emeritus at the University of the Witwatersrand.