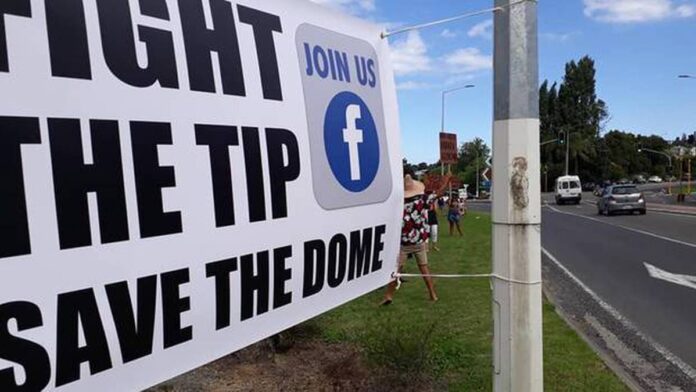 A massive and controversial landfill to take half of Auckland’s household and commercial waste has been approved after a decision shared by independent commissioners.

The panel of independent commissioners today released its decision to grant resource consent for the Dome Valley landfill in Auckland.

The Resource Consent authorizes Waste Management New Zealand to construct and operate a 60 ha landfill at its 1,000 ha Wayby site.

Waste Management said most of the land would act as a buffer against surrounding farms and forest blocks.

It will be known as the Auckland Regional Landfill and will replace Waste Management’s Redvale landfill, which is expected to reach maximum capacity in 2026. Redvale absorbs about half of the city’s 1.6 million tonnes of waste per year .

Foreign company Waste Management is one of the top 20 entrepreneurs who have earned $ 10 billion since Super City was established in 2010. The multinational company, owned by Beijing Capital, has earned $ 253.3 million since 2010.

The project has met with strong opposition from locals, Kaipara Mayor Jason Smith and iwi leaders, who say the smelly operation will threaten marine life and lead to traffic jams.

After reviewing multiple sites over several years, Waste Management said it chose the Wayby Valley site in the wider Dome Valley region because of its proximity to SH1, its suitable geology, and its ability to maintain receptor separation. sensitive.

Independent Commissioners, who heard testimony last year from the claimant (WMNZ), the authors, Mana whenua and 20 Auckland Council scholars on the proposal, were divided in their final decision.

The decision to grant consent was supported by four of the five independent commissioners. Panel chairperson Sheena Tepania said consent should be denied.

Although not very common, shared decisions occur for resource consent processes and are allowed.

Ian Smallburn, Auckland council’s resource consents general manager, said the council realizes that many in the Dome Valley community will be disappointed to learn of today’s decision.

“The board understands that this long-awaited news is not the outcome many had hoped for.

“We would like to reassure the iwi, the authors and the community that their views and concerns have been heard and taken into account by the independent commissioners who made this decision,” he said.

As a result of the changes to the original conditions, 20 Auckland Council experts covering a wide range of specialist topics including ecology, land stability, landfill engineering, human health risks, transportation, erosion and sediment control, storm water and air quality, among others, all agreed the proposal should be accepted.

There is an appeal period of 15 working days.